Last night the MovieGuide Awards took over the Universal City Hilton to show some love for faith-based films.

This often forgot about genre has found success in recent years as the once straight-to-video industry has been making a dent at the box office. Dressed to impress, inspirational filmmakers from all over the world took the stage to pay tribute to the best of the year.

While many of the films were rather predictable there were quite a few names that cropped up throughout the night that didn’t exactly fit the standard faith-based mold. It was quite a surprise to see films like Joy and Mission Impossible: Rogue Nation pop up for awards.

It seems that the criteria for what counts as “faith-based” or “inspirational” has gotten a bit muddled over the years. The show seemed to be reaching when it nominated The Martian as faith-based when it is clearly meant to inspire scientific thinking over prayer. If Matt Damon’s character had tried to pray his way off Mars he would have died within days. 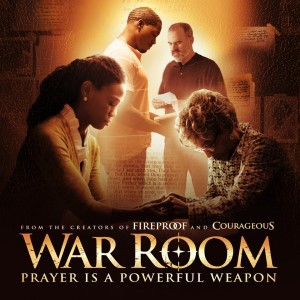 Instead they showed a single clip of Damon’s character holding a cross and explaining why he needs to take it apart. It is a 20 second scene in an hour-and-a-half movie totally taken out of context and dressed up to push an agenda. Maybe they just had time to fill and needed to buffer the category.

The big winners of the night included the cast of War Room, a film about the power of prayer and its ability to save families on the verge of divorce. Also honored, unsurprisingly, was the made for TV movie A.D. The Bible Continues. There’s really no way the movie wouldn’t have won with a name like that.

While the concept of having a night honoring inspirational movies is a good and honorable one the MovieGuide Awards seem to lack focus. Like spaghetti against a wall they are trying too hard to gain mainstream attention while still maintaining their faith-based status. The fact is that the two often clash and the message gets lost in translation.

The awards show is still young though and the genre is just starting to come into its own. Given a bit more time and a bit more tweaking it may yet find success.