Press Pass LA had the opportunity to attend one of the biggest events in entertainment, The BET Awards. Held at the Nokia Theatre at LA Live, the show was hosted by hilarious comedian/actor, Chris Rock who referred to the event as the “Black World Cup.” 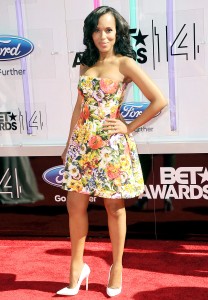 The BET Awards is one of the most watched award shows on cable television according to the Nielsen Company.

Celebrities hit the red carpet dressed to impress and definitely did not disappoint. Several ladies wore beautiful white gowns including, Ashanti, Eva Marcille and Amber Rose. Scandal star, Kerry Washington made her first television appearance since giving birth to her daughter. She looked flawless in a floral, strapless dress. Kerry was a presenter along with funny man, Kevin Hart.

Press Pass LA had a chance to chat with Director, Malcolm D. Lee. His movie, Best Man Holiday was a huge hit at the box office when it debuted last year, opening at number two that weekend.  “It was a story that I had been thinking about for a long time and if I was going to revisit these characters, I wanted to do something a little different, a little more complex and I was able to do that,” he explained. Fans can expect a third installment of the Best Man franchise. Lee is also working on a new film with Will Packer, producer of the newly released movie Think Like a Man Too.

The night was filled with tons of phenomenal performances by Pharrell, Jennifer Hudson, T.I. and Iggy Azalea, Nicki Minaj, Usher, Robin Thicke, and more. One of the highlights of the night was a surprise performance by Chris Brown singing his song, “Loyal,” with appearances by Lil Wayne, Tyga and Travis Barker. His return was welcomed by a standing ovation from the audience that seemed thrilled to see him back. 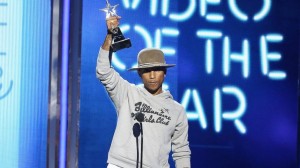 The other huge highlight of the evening was a fantastic tribute to Motown legend Lionel Richie who was being honored with the Lifetime Achievement award. When asked how he felt to receive such an honor, he said, “That’s magical. A Lifetime Achievement award, that’s really an honor. I’m very proud of the fact that I survived it. A body of work is a body of work and I think that if you’re lucky enough to have years of songs as opposed to a couple of songs, it’s something to be proud of.” 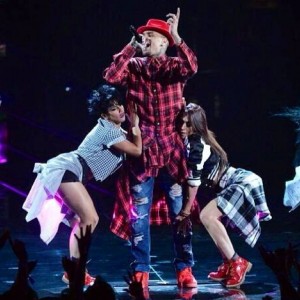 The night ended with a special, taped performance by Beyonce and Jay-Z performing the song, “Partition.” The couple is currently away on their “On The Run” Tour. The night was truly epic with several surprises, funny moments, heartfelt speeches and of course, great music!

To see a full listing of all the winners, performances and photos, click here.