Tracee Elliss Ross and Anthony Anderson hosted the 2015 BET Awards. It was a treat to see these two interact live on stage, because they also co-star together on the ABC family sitcom “Black-ish.” 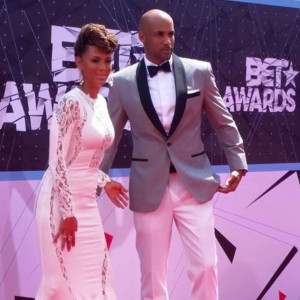 Many hip-hop and R&B fans came together to watch live performances and to check out what their favorite celebrities wore on the star studded red carpet.

Celebrities from music, television and movies walked down the red carpet outside the Microsoft Theater. All eyes were on Boris Kodjoe and wife Nicole Arie Parker as they posed for photographers. These two definitely were showstoppers in their elegant white attire.

Singer, Zendaya wore a sparkly collared shirtdress and an adorable pixie cut hairstyle. Flloyd “Money” Mayweather charmed us all with his smile, and crisp white blazer. While singer Neyo stood out in his yellow blazer and pants set.

Chris Brown managed to perform “Liquor”, “Ayo” and “Post to be” while still showing off his amazing dance moves. He also won the Fans Awards and the Best Male R&B/Pop artist award. Later Meek Mill, Nicki Minaj and Chris Brown performed their new single “All Eyes on You”. Fans all over were excited to see rap lovebirds Meek Mill and Nicki Minaj perform on stage together. The Bad Boy Reunion performance turned the crowd into a 90s dance party. Diddy, Mase, 112, Faith Evans and Lil Kim gave one of the most talked about performances of the award show. 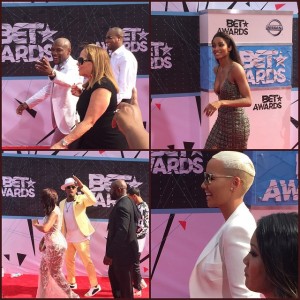 Not only were there performances on stage, their was also a lot of interaction in the crowd. Rihanna was shown with a roll of duck tape that she used to cover Money Mayweather’s mouth. Not to mention that Bad Gal RiRi premiered a video clip for her single BBHM.

Janet Jackson was awarded the Ultimate Icon: Music Dance Visual Award. Ciara, Jason Derulo and Tinashe set the stage on fire with their tribute dedicated to Ms. Jackson. Even after her seven-year hiatus she looked amazing and ready to take the music world by storm with a major comeback.