This year’s 2015 CMT Awards was filled with some phenomenal performances and plenty of surprises. 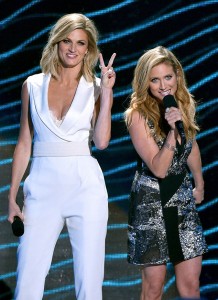 Kicking off the show, Lady Antebellum teamed up with DJ and EDM artist ZEDD to perform a country and EDM-infused set, making it a memorable performance at that. Who knew that blending EDM with country could sound so good? The event included many other surprise attendees, including Rumer Willis.

Carrie Underwood put in another stellar performance rocking the awards show and getting everyone on their feet. This was her first performance since giving birth to her son three months prior. After receiving several nominations, the country queen took home awards in three categories including video of the year.