The ESPY Awards, ESPN’s annual ceremony that recognizes athletic achievement and other sports-related performance will be held on July 15. This year “The Soup” comedian Joel McHale will host the 23rd annual celebration with a star cast of presenters. 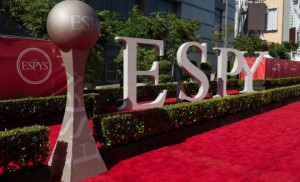 s are scheduled to attend the show.

The show will recognize both sport-specific achievements, such as “Best MLB Player” and “Best WNBA Player,” and best-in-sport winners, such as “Best Team” or “Best Female Athlete.” Also Inspiring human interest stories are showcased through the Arthur Ashe Courage Award, the Jimmy V Perseverance Award and the Pat Tillman Award for Service.

Who do you look forward to seeing at this year’s ESPY Awards?