The PRISM Awards- a show that recognizes talent in the entertainment industry for their portrayal of mental health issues, substance abuse, treatment and recovery matters hosted by Dr. Drew Pinsky- continues its 19th year at The Skirball Cultural Center in Los Angeles, California.

There was a great turn out of celebrities and supporters for the PRISM Awards mission of “Art Making a Difference.” Celebrity attendees included Mel B, Jen Lilley, Mira Sorvino, Mackenzie Phillips, Alison Hailslip, Tony Denison, and Kearran Giovanni. 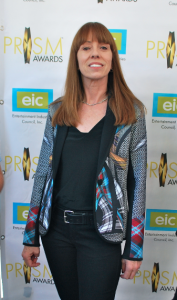 “We take pride in being the first to applaud creators who use their power and influence over their audiences wisely and responsibly, informing them while at the same time entertaining them. This is what we refer to as ‘the art of making a difference,'” said PRISM representatives.

One of the first arrivals at this year’s awards show was actress and singer Mackenzie Phillips whose most recent film was Girl on the Edge. Phillips mentioned that she has been involved with the PRISM Awards for many years. “Just to be in an environment where they depict a positive on important issues,” says Phillips. 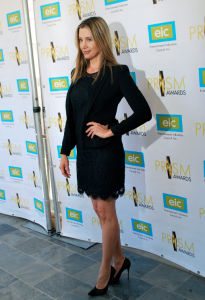 Actress Mira Sorvino spoke to Press Pass LA about the PRISM Award she won for Best Performance in the film Perfect Sisters. The film is based on actual events. Sorvino portrayed Linda Anderson an alcoholic mother to daughters Sandra and Elizabeth Anderson. Besides her award, Sorvino explained what else she is looking forward to at the ceremony. “There’s a lot of wonderful people here today, and I just want to hear their stories and celebrate this important cause,” says Sorvino.

Visit PRISM Awards for the full list of  winners.