Iggy Azalea dominated her headlining performance at the 16th Annual MAXIM Hot 100 Party, produced by Karma International, on Saturday, July 30th at The Hollywood Palladium in L.A.  Press Pass LA was on the red carpet and inside the show to catch up with the hottest celebrities in Hollywood! 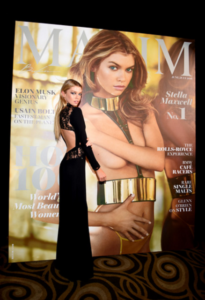 The 16th Annual MAXIM Hot 100 Party was hosted by Stella Maxwell and featured a headlining performance by Iggy Azalea, a DJ set by Nick Cannon & a special performance by RedOne.

MAXIM mixed all the right ingredients to create one of the most aspirational, exclusive, publicized events of the year!! Guests were treated to the Bes t Damn Root Beer floats around, while seeing a behind-the-scenes fashion shoot with Pure Model Club and some of the world’s most beautiful models. 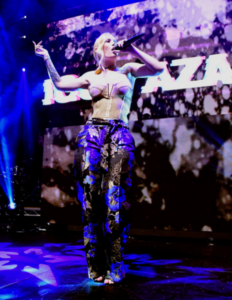 Glam touch ups for all models was provided by Gallany Cosmetics, while fashion shopping demos were presented by retail app, Markable. Fun play with Swagtron’s smart boards were also in store, while CÎROC Vodka and Don Julio 1942 provided specialty sips for all partygoers to enjoy. Refreshing rose water and saffron beverages were be provided by H2rOse, in addition to amplifying drinks by Monster Energy, while VIPs party with the world’s social elite and took safe rides home by LYFT Premier, where luxury vehicles helped partygoers get home safely and in style. 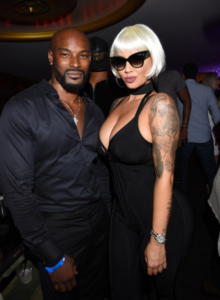 Check out what stars Nick Cannon, Tyson Beckford, Amber Rose and more had to tell us about what makes someone HOT!