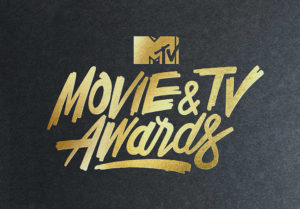 The golden popcorn is out of stock as the 2017 MTV Movie & TV Awards came to a close late Sunday evening. Fortunately, this year’s show—hosted by “Workaholics” and “Pitch Perfect” star Adam Devine—was easily a night to remember. 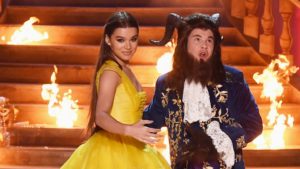 Although the opener was a great way for Devine to lead the night, he really brought his A-game to the “Sunken Place” sketch.  Since he believed that the sunken place in “Get Out” was a real place, Devine had Alison Williams—one of the film’s stars—put that theory to the test. As Williams accidentally sends Devine to the sunken place, he managed to fall a level deeper into the ‘Upside Down’. Upon his visit, he surprisingly met Trey Songz and a number of characters from “Stranger Things”, including Barb (Jillian Bell) and Eleven (Aubrey Plaza). Nonetheless, Devine deserves credit for his hosting efforts.

In a major move on MTV’s end to bring together the likes of television and movie greatness for one jam-packed show, the network embarked upon a night of many first’s.

Emma Watson was the first actor to be announced as a winner within the new non-binary category, “Best Actor in a Movie.” Watson, who won the award for her role in Disney’s “Beauty and The Best,” believe’s this transition MTV has made “indicates that acting is about the ability to put yourself in someone else’s shoes.” The award was uniquely presented to the Watson by “Billions” star Asia Kate Dillon, a non-binary actress that play’s a non-binary television character. 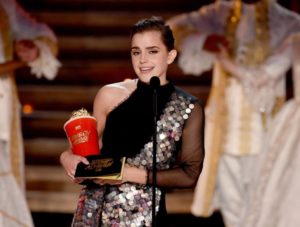 “It is so cool to be here presenting the first acting award ever that celebrates performance free of any gender distinctions,” Dillon shared within her opening speech. “Tonight we celebrate portrayals of the human existence, because the only distinction we should be making when it comes to awards should be between each outstanding performance.”

In keeping with the night of first’s theme, a number of newly introduced categories received their first-ever winners. Among those to join the winners circle include Millie Bobby Brown (“Stranger Things”) for Best Actor in a Show and Daniel Kaluuya (“Get Out”) for Next Generation.

Taraji P. Henson took to the stage to represent the cast of “Hidden Figures” as the film won within the newly renamed category Best Fight Against the System (originally titled Best Fist Fight). The award was presented to her by Congresswoman Maxine Waters and “Blackish” star Tracee Ellis Ross.

“This movie was bigger than all of us. We understood the task at hand,” Henson explained within her acceptance speech. “We understood that this was apart of history that needed to be reimplemented into the blood and the veins of American history.” 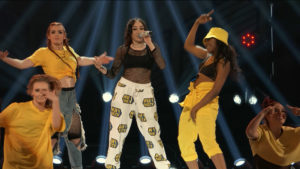 The evening included performances by Big Sean and Noah Cyrus, alongside a performance of “Hey Mama”—featuring J. Balvin, Pitbull, and Camila Cabello—from “Fast and Furious 8.” The trio joined forces for the song’s live television debut as a way to honor the film receiving the Generation Award. While the Generation Awards is traditionally given to an actor or actress, MTV decided to reward the Fast and Furious franchise for its longevity within film culture.

Fans were also treated to sneak peaks of a few upcoming highly-anticipated films “IT”, “Spider-Man: Homecoming”, and “Transformers: The Last Knight.”

What did you think of last night’s show? Do you like that MTV has created genderless acting categories? Sound off your thoughts in the comments below!

MOVIE OF THE YEAR

“Beauty and the Beast”

BEST ACTOR IN A MOVIE

Emma Watson – “Beauty and the Beast”

SHOW OF THE YEAR

BEST ACTOR IN A SHOW

BEST FIGHT AGAINST THE SYSTEM