The Critics Choice Awards is the second beacon of awards season here in Hollywood and last night January 13th brought another ground of tearful speeches, and beautiful fashion. Check out our favorite moments below!

A big surprise of the night was Glenn Close winning Best Actress… alongside Lady Gaga. That’s right, the big prize of the evening went to two actresses for a tie! 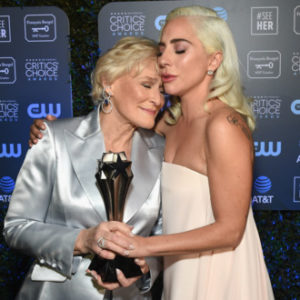 Lady Gaga went on to shine a light on those suffering from addiction in her acceptance speech. We pulled the clip for you here:

The true star of the night was Alfonso Cuarón’s Netflix drama, Roma,  in the film category at the 24th Annual Critics’ Choice Awards taking home four trophies, including Best Picture. This is a big win for the Latino community in Hollywood, as well as for Netflix. The streaming giant did not come to play. We can already see them mapping out a big awards presence in films moving forward. Cuarón’s autobiographical recounting of the life of a live-in housekeeper to an upper middle-class family in Mexico also won for Best Director, Best Cinematography and Best Foreign Film. Congratulations to all the cast and crew for their many accolades.

Check out this awesome Close Up The Hollywood Reporter ran on Alfonso and his film Roma.

On the TV side, “The Americans’” Matthew Rhys won for Best Actor in a Drama Series, while the show’s Noah Emmerich won the award for Best Supporting Actor. Sandra Oh is continuing her winning streak after last week’s Golden Globe win for Best Actress in a Drama Series with a CTA in the same category for BBC America’s “Killing Eve.” 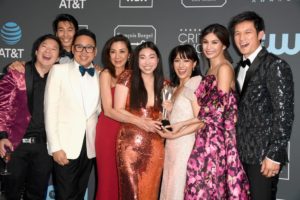 Let us know what you thought of 2019’s Critics Choice Awards winners. Who were you rooting for?