The winners will be honored at the 2019 Writers Guild Awards on Sunday, February 17, at concurrent ceremonies in Los Angeles and New York City. Check out the full list below, as well as the qualifying factors.

Can You Ever Forgive Me?, Screenplay by Nicole Holofcener and Jeff Whitty, Based on the book by Lee Israel; Fox Searchlight

If Beale Street Could Talk, Screenplay by Barry Jenkins, Based on the novel by James Baldwin; Annapurna Pictures

A Star is Born, Screenplay by Eric Roth and Bradley Cooper & Will Fetters, Based on the 1954 screenplay by Moss Hart and the 1976 screenplay by John Gregory Dunne & Joan Didion and Frank Pierson, Based on a story by William Wellman and Robert Carson; Warner Bros.

In Search of Greatness, Written by Gabe Polsky; Art of Sport 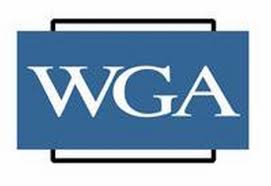 How to qualify? If you’re an aspiring writer, or just sold your screenplay, here are the ins and outs of whats expected to  make the WGA nominees list.

Documentaries eligible for a Writers Guild Award featured an onscreen writing credit and were exhibited theatrically in Los Angeles or New York for one week during 2018. Theatrical documentaries must have been produced under the jurisdiction of the WGA or an affiliate Guild to be eligible for awards consideration.

The WGA’s Videogame Writing Award honors the best qualifying script from a videogame published in the previous year. To be eligible for WGA consideration, games must have been released between December 1, 2017 and December 31, 2018, and feature on-screen writing credit(s). Credited videogame writers must have been or must have applied to become members of the WGA Videogame Writers Caucus at the time scripts were submitted. Work that was not produced under WGA jurisdiction was also eligible for submission. Judging for the WGA Videogame Writing Award is conducted by panels comprised of Videogame Writers Caucus members and/or Writers Guild members active in videogame writing.