We are two years shy of hitting the second decade of the millennium but some days the current music scene really feels more like 1995, and I am here for it.  The present-day “grunge revival” trend of music has me feeling nostalgic and well… a bit old, but thoroughly excited. I was lucky enough to spend my formative teen years growing up with some of the most influential alternative-rock groups that have all seemed to make remarkable comebacks around the turn of 2010.

Not only are Gen Xers and old Millennials buying their kids Nirvana t-shirts at Target, but they’re also coming out in droves to 90s-era shows and festivals that have been selling out all over the country. These 90s bands aren’t just on stage to perform their old singles; they’ve continued to put out new albums and participate in the social media-centered music community of the now. Based on how many 90s bands are headlining some of the biggest festivals around the world; I’d like to think that it’s really working out for them.

One of the bands that have successfully lasted through the many changes in rock music since the 90s is Everclear, previously playing out of Portland. While they’re commonly known for their 90s singles “Santa Monica” and “Father of Mine,” just to name a few, with some slight changes in the band’s lineup, Art Alexakis has continued to write and tour with Everclear since their formation in 1991. They’ve been putting out new music that continues to entice long-time fans and garner the attention of new fans as well. As of 2018, there is also news of a new Art Alexakis solo record that has the vast Everclear fan community abuzz. That’s not all Art has been up to though; he’s actually been quite busy! This dedicated husband and father also hosts his own podcast on SiriusXM Lithium channel aptly named “The Art Alexakis Show.” It airs every Sunday from 6 p.m. to midnight where he indulges us in the nostalgia of 90s rock with anecdotes from his many years in the business and tunes from his personal archives. 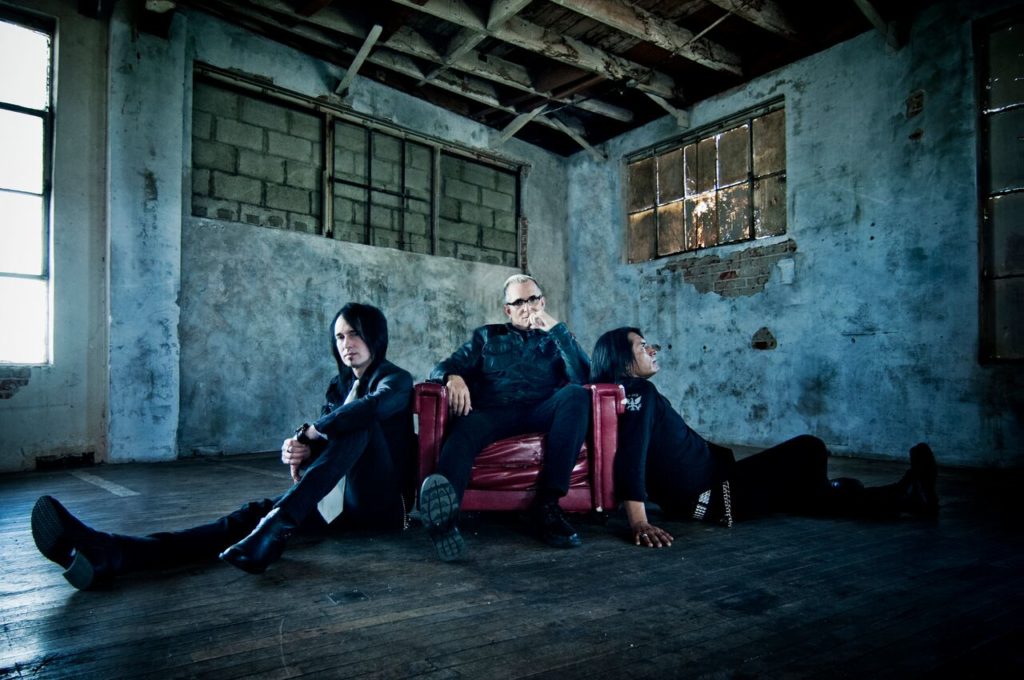 Now that festival ticket season has fully arrived, I had the exciting opportunity to chat with Art of Everclear about the eigth year of their Summerland festival tour with Marcy’s Playground and Local H rolling through a town near you in the next couple of months. Initially, I was worried about boring him with generic pre-tour questions, but what started off as a 15-minute press interview soon turned into an almost hour-long existential discussion about being on the road, making music, and the peaks and valleys of life. I truly didn’t know what to expect before Art picked up the phone, but his incredibly warm candor and sardonic nature had me in stitches for most of our interview. We both agreed that one of our favorite things to do was “shoot the sh*t about music,” and that’s precisely what we did. Had he not had several other reporters waiting for their turn to chat, I’m sure our conversation could have easily gone on for a couple more hours.

What is the most significant motivational factor for you to continue touring year after year?

Art: “When it comes down to it, we’re just a bunch of dudes playing rock n roll, and we’re doing it in our own way. This is what I DO. This is what I LOVE to do. I’ve wanted to find a band from the time I was four years old watching the Beatles on TV, to my brother playing in a city garage band, and watching the way that girls at that age reacted to seeing guys play in bands. I figured it out! When I started playing guitar when I was 14, girls started liking me even more, and I figured out, ‘alright, this is what I want to be, this is what I want to do.’ I’m never going to be that football player because I don’t like getting hit that hard, but when I really started writing music around 19 and 20 years old it was a way for me to communicate the things that I felt inside of me and I taught myself how to sing and play. I knew I was never going to be a technically great singer, but I could keep a tune, and I developed my voice into something that I liked. I didn’t listen to anyone else’s rules. I kept to my own rules, and that’s how it all came to be. I’m 55, almost 56, and I love being on stage. Touring can sometimes mean being on a bus and boarding planes while eating sh*tty foods, but do I want to work an office job? No, absolutely not. I don’t want to answer to other people. Being my own boss is a blessing, and I wouldn’t have it any other way. I’m old enough to know I am ‘living the dream,’ and I’m grateful for it. My life is good. I savor every day and every show. Every time someone wants to hear Santa Monica again, I’ll do it.  We aren’t the kind of band who isn’t going to play their hits.”

What would be your “fantasy band” lineup for a Summerland tour?

Art: “Well, NIRVANA, of course. Of course, I’m going to open that show, but we’d want Nirvana, Cake, Veruca Salt, so many bands I’d love to have but they’d have to be willing to do a 90s nostalgia tour. This year I really am excited to tour with Local H and Marcy’s Playground, and I think it’s going to be a really good lineup.”

How do you feel about the younger generation that is now discovering your music from the “grunge revival” standpoint?

Art: “The 90s revival thing, we all knew it was going to happen, but we had no idea what it was going to look like. I think its perfect timing right now because I have friends who run clubs that book bands, but there’s a big juxtaposition of groups that are playing, the more pop-rock style music where most of their sound is generated with a computer. That’s what they’re bringing on stage, and it’s almost like karaoke. I think a lot of younger kids have gotten sick of that and glommed onto bands like us because we don’t use any of that sh*t. We’re a f*ckin rock band! We come out and play if we suck, we suck… but we try not to suck. There’s no net there, and that’s exciting to a lot of young people who are fed up with the complacency and formula of pop rock and popular music.

What do you think the younger fans today are identifying with in your older and newer music?

Art: “If you listen to what’s being played on modern music stations, there’s a lot of the same formulas and arrangements, it’s loud, it’s soft, there’s a breakdown, this and that – it’s very formulaic. We’re not reinventing the wheel but there are different intros and raw guitar, drums, and vocals and it hits the spot, especially in adolescence that you don’t get anywhere else. It’s not a sound that has been processed. You would think that our shows are mostly people in their 30s or older that grew up with Everclear in the 90s but I would a 1/3 of the people coming to our shows are under 25 years old and teens who know all the words to our songs. Some kids I talk to say they just started listening to 90s music and they just connected with the band because it’s kind of the last great era of rock and roll bands.”

From our discussion, it’s safe to say that Art is in a healthy place, both personally and artistically. He strives to feel present at all times in life and continues to be thankful for every positive thing that comes his way. I feel fortunate to have “shot the sh*t” with a musician I grew up watching on MTV and hearing on the radio. I think the media today tends to warp the way we view anyone who is even remotely famous.

Yes, Art is a rock star, but he is also a survivor. During our discussion, we briefly touched on issues like addiction, suicide, depression, and fame, and he was thoughtful enough to turn the questions I asked back around to me. This is a person who understands the importance of a human connection, and he was more than willing to turn a press-interview into a frank discussion about some pressing matters affecting both famous musicians and ordinary people alike.

He offered me some sage advice about dealing with personal struggles that I will hold dear to my heart. While I prefer to keep the specifics of that part of our interview for my private memories, I was deeply touched by his candidness and openness to discuss the ups and downs of life with someone who was a stranger on the phone. This may be one of his innate abilities that allows him to write music that engages the feelings and thoughts of his fans.  Art Alexakis is human, he just also happens to be ridiculously good at making music and playing on stage.

Come hang out with me at The Forge on June 16 in Joliet to catch the Summerland Tour and watch Everclear totally not suck on stage along with Marcy’s Playground and Chicago’s own heroes Local H.