Alright cinephile’s, here is a complete list of the winners from the 2018, Los Angeles Film Festival. 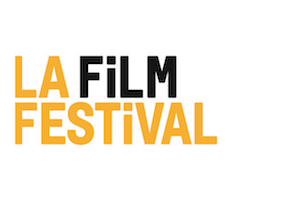 Film Description: A young Arab-French woman on an introspective journey visits her childhood friend in New York City before heading to the woods upstate.

Film Description: A young woman takes a journey through her own fantastic mind as she investigates her relationship to unrequited love.

Film Description: Despite having the remarkable gift of being able to smell emotions, a border agent leads a mundane existence until she meets a stranger who shares her unique abilities and upends her life.

Winner: The Day I Lost My Shadow, dir. Soudade Kaadan, US Premiere

Film Description: In the midst of a gas crisis during the early days of the Syrian Arab Spring, a young mother takes the day off work and strays far from home with only one objective in mind: finding a working cylinder so that she may cook a meal for her son.

Film Description: Two filmmakers visit rural Kentucky, one returning home to Appalachian to unpack the stereotype of “hillbilly” and explore the personal and painful experiences fueling our polarizing political climate.

Film Description: “Would you confess to a crime you did not commit?” A defense attorney fights against the complex and manipulative tactics of US police interrogations, focusing on victims of coerced confessions as she helps exonerate her incarcerated clients.

Film Description: A modern millennial codependent couple in DTLA have their relationship thrown for a loop when he discovers a photo from an ex on her phone.

Film Description: Three black cowboys in South Central share their stories following a mysterious fire that burnt down the community’s stables, leaving the fate of the culture in question.

Film Description: A teenage orphan moves to LA to live with her estranged grandmother and works to win a performance art grant while secretly struggling with binge eating.

Film Description: When a mysterious John Doe wakes up in a morgue and wanders into a psychiatric ward, a devoted doctor and curious medical examiner must slowly uncover dark and sinister secrets about the man that reveal a more horrifying truth than they could have ever imagined.

Film Description: During a weekend getaway to Joshua Tree, a group of teenagers find themselves under mental and physical assault from a supernatural entity that mimics their appearances as it completes an ancient ritual.

Film Description: Following the unexpected death of his fiancé an American illustrator travels to the Icelandic countryside to seek solace. What he finds instead is a blurred line between reality and fantasy as magical things begin to shake his very foundation — unless it’s all in his head.

Film Description: Fleeing a pair of mysterious agents sends a dim-witted mute on a series of absurd misadventures.

Winner: One Leg In, One Leg Out, dir. Lisa Rideout

Film Description: A lively, strong-willed sex worker struggles to move from the streets and into a career as a social worker, hoping to help fellow trans sex workers find acceptance.

Film Description: Based on a true story, a young football player’s dreams to play in the NFL are halted when he is falsely accused of rape and sent to prison.

This award is given to the fiction feature audiences liked most as voted by a tabulated rating system. Select fiction feature-length films screening in the following sections were eligible for the Audience Award for Best Fiction Feature: U.S. Fiction, World Fiction, LA Muse, Nightfall and Premieres.

Film Description: A veteran Stuntman sets out to complete the jump that bested his idol Evel Knievel: clearing the Snake River Canyon in a rocket-powered craft.

Film Description: A professional athlete’s rise and fall from grace.

This award is given to the music video audiences liked most as voted by tabulated rating system.

Film Description: A young boy shuffles between the homes of his recently divorced parents in this surreal hand-animated film set in 1980s Toronto.

This award is given to the short film audiences liked most as voted by a tabulated rating system. Short films screening in the Shorts Programs or before feature films in the Festival were eligible for the Audience Award for Short Film.

Film Description: He’s been cheated on, living in a friend’s living room and stuck at a dead-end job. But one night he finds an unlikely stress-reliever—rapping.

This award is given to the web-series audiences liked most as voted by a tabulated rating system.

This award is given to the web-series audiences liked most as voted by a tabulated rating system.

Film Description: A playful showcase of everyday life in Seattle’s neighborhoods through whimsical vignettes that border on the fantastical – complete with a little bit of Pacific Northwest quirkiness.

Selected by special committee assembled by Film Independent and funded by Visit Seattle.

TikTok gave Festival filmmakers the chance to win a $10,000 unrestricted cash grant. Ann’s video addressed the “Why I’m a Filmmaker” prompt with exceptional storytelling through the lens of TikTok, utilizing creator tools to enhance the narrative. Her innovative short, along with all of the submissions, can be found on the Film Independent (@filmindependent) TikTok account. Selected by special committee assembled by the LA Film Festival programming team.