Another summer has come and brought along with it yet another fantastic 311 tour for both new and old fans alike.

It really seems like 311 never takes a year off because going to one of their shows has become synonymous with summer concert season. This year we celebrate the release of their new album “Mosaic”, rounding off their discography at a whopping 12 albums since 1993. Clearly, these guys are doing something right. They’ve consistently put out quality sounds with live performances that have catapulted them into somewhat of a cult status among music fans. With the energy they continue to bring to the stage year after year, they really don’t show any signs of slowing down, either. 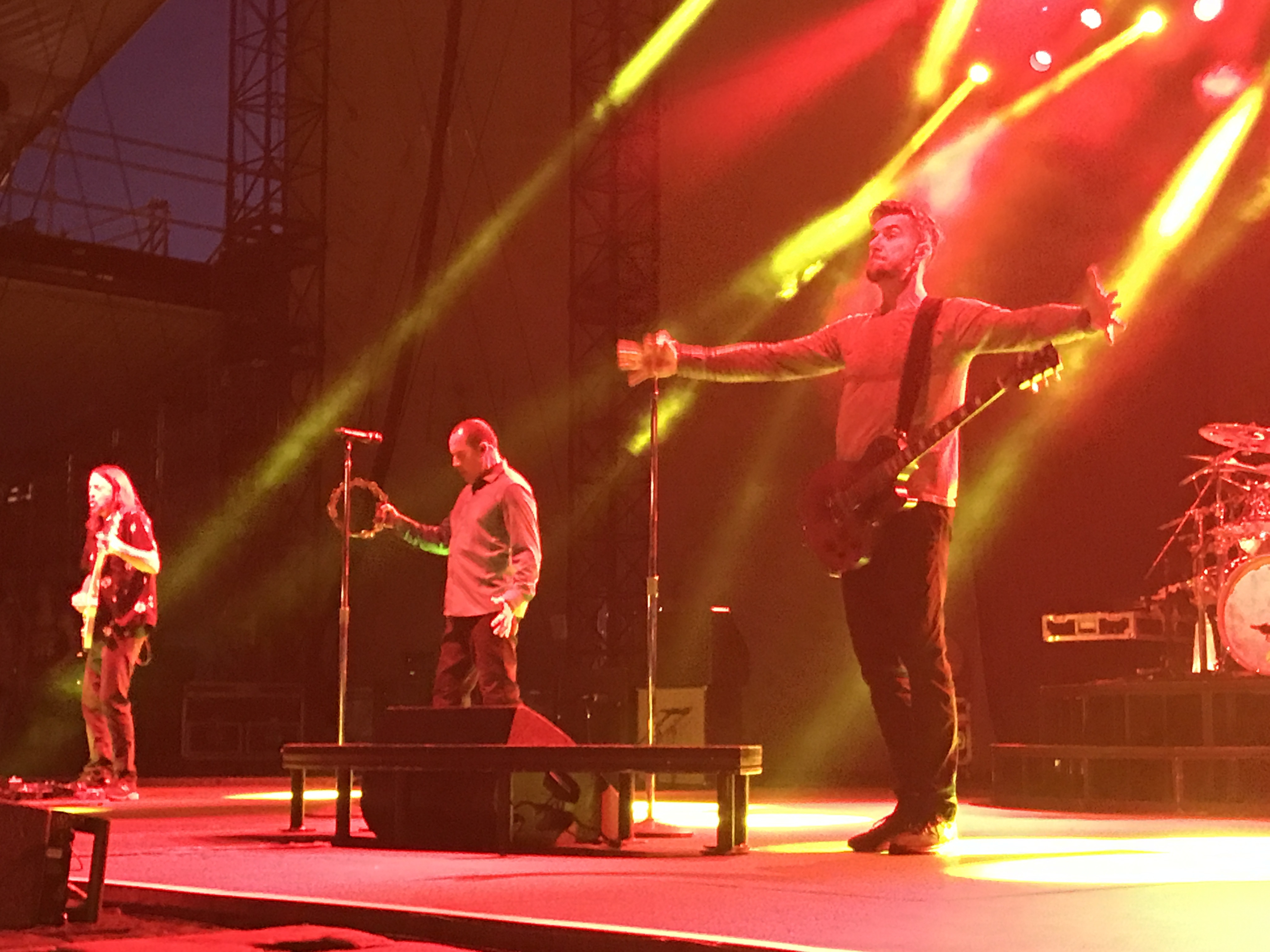 You see, 311 has been around since the late 80s and the range of highly dedicated fans come from all ages, backgrounds and countries around the world. I remember growing up as a teen in the 90s when 311 had found its first early peak of success. I made my way to the local (now defunct) Sam Goody to pick up their triple platinum, self-titled album, “311”, in 1995. I proceeded to play the CD over and over again until every song in the track listing was programmed into my head and even my mom would sometimes bob her head along to the music while I buzzed around the house attempting to rap verses like DJ Doug “SA” Martinez.

With 311’s humble roots stemming from Omaha, Nebraska, they have really come a long way and evolved their musical identity while achieving fantastic commercial success. They have climbed numerous Billboard charts consistently throughout the 90s, but also the 2000s and 2010s during a time where some would say that rock and alternative music was being heavily overshadowed by other genres. What is this band’s secret? How have they managed to maintain such longevity during some of the most turbulent times for rock music in general? My theory: a perfect amalgamation of highly loyal fans, constant touring and their undeniable raw talent. This band has stayed completely true to their unique sound while managing to produce 12 quality albums that each have their own thematic feel and originality. That’s not something you see with too many bands who had their rise in the 90s. In fact, I would deem 311 to be one of the handful of bands from that era that has successfully maintained a positive image. 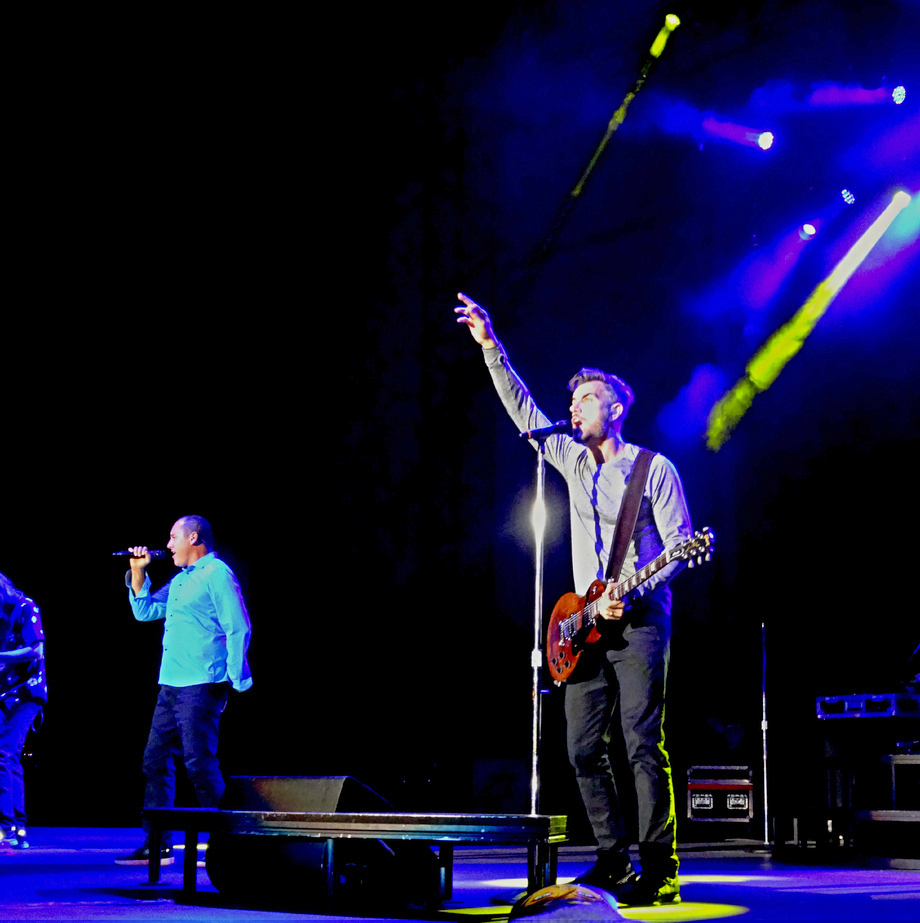 Did I mention the fans?  Going to a 311 concert is comparable to experiencing a Phish or Pearl Jam show. These fans aren’t casual listeners; they are highly dedicated people who are part of an exclusive fan club that have supported the band for over 30 years. Catching a glimpse of the internal workings of this fan group over the years, I have also witnessed how much the band takes care of their fans with private presales, bonus merchandise and fair ticket pricing. Everything the fans give to the band in terms of loyalty and support, the band gives back equally if not more with how well they treat their biggest supporters. This is something I find incredibly important in the current music industry, especially with the ever-changing climate of internet sales and streaming music. Bands today have to do much more than release an album to keep themselves relevant. However, with 311, the management of their fan base seems purely sincere and you can see just how much they truly adore their followers when you experience them live on stage.

The setting for their show on July 2, 2017 at Northerly Island Huntington Bank Pavilion was a familiar and comforting atmosphere. Something I’ve noticed about 311 shows is the undeniable “good vibes” feeling you experience among the sea of smiling fans. I have been to hundreds of concerts in my life and I’ve seen all different kinds of people with various dispositions while standing around in the pit. When it comes to a 311 show, you will never see a frown in the crowd. Strangers standing around each other instantly become friends as they sing, sway and dance to the always spirited set that the band puts on. The level of comradery is uplifting and takes the experience of enjoying live music to the next level.

When the lights on the stage turned a dim blue, the infamous “3-11” chant erupted through the crowd, raising adrenaline and summoning the band onto the stage with a loud and fervent welcome. 311 promptly opened with a song from their new album, Mosaic, called “Perfect Mistake”. The crowd didn’t miss a beat and instantly joined lead singer, Nick Hexum, in singing the chorus during a seamlessly choreographed performance where each band member contributed vocals.  I personally think this song was a great choice as an opener because, while it is a new song, it really took me back to that 311 I remember from the 90s and I instantly took a liking to it. I think I’m beginning to realize how important the concept of nostalgia is to me, but I have an inkling feeling that many in the crowd also share that same sentiment.

The group worked their way through 23 songs effortlessly while incorporating obscure fan favorites, classic singles and songs off the new album. Which brings me to my next point, do these guys age, at all?! Not only do they sound great, but hey seem to be in fantastic shape out on the stage giving off a ton of positive energy while rocking out hard enough to compete with musicians in their 20s. Whatever they’re doing, I hope they continue to do so for many more years to come.

The last song of the encore really topped off the night for me. The single “Down” from their “311” album is one that I consider to be an anthem of my youth. It’s not the first time I’ve seen them perform it live, but the timing of this rendition really made my night. The chorus of the song is somewhat of an ode to the most dedicated 311 enthusiasts in the crowd:

“We’ve changed a lot and then some, some

Know that we have always been down, down

And if I ever didn’t thank you, you

Then just let me do it now”

Thank YOU, 311. Thank you guys for making three generations-worth of fantastic music and always staying true to your sound and your fans!