311 Sells Out The Holllywood Palladium on 2016 Unity Tour

The excitable crew is here! What a great performance from 311 over at the SOLD OUT Hollywood Palladium for their 2016 Unity Tour. 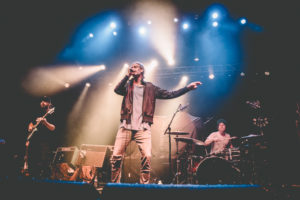 ood vibes filled the venue and Matisyahu led off the night. 311 has some of the best fan bases out there. I’ve personally been a fan for 10+ years and love seeing the crowd go wild on every track.

Matisyahu brought out a young man whom you may have seen on a recent viral video. In the video, the young man Kekoa Alama, sings one of Matisyahu’s tracks titled “One Day.” Matisyahu joined him in song and it wasn’t until afterwards he realized who he was singing with. So Matisyahu brought him out to sing at The Palladium and it was a very cool thing to witness. 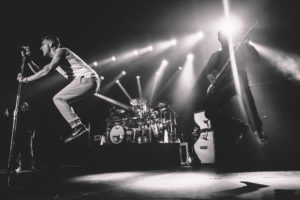 Three-eleven. Three. Three. Eleven! Lights dim and the chanting begins. Nick, P-nut, Chad, SA, and Tim walk out and start the night off with a little “Beautiful Disaster,” “Freeze Time,” and “Do You Right.” My favorite part during “Freeze Time” is always when they light up the crowd during the chorus. It’s a nice photo-op and you always get to see how much fun the crowd is having. During the set they also played classics like “Feels So Good,” “Amber,” and “Down.” Chad Sexton of course busted out an incredible drum solo. I’ve gotten the chance to meet him before and he is such a nice guy with tons of talent.

For the most part, the band performed a lot of the older tracks. Which I definitely won’t complain about. I love all of their music, but I will always love the albums that got me into them in the first place. During “Love Song” the band brought out Matisyahu. They sound great together on a song like that and I would love to hear more of them together sometime! Another moment was a nice shout-out to a fan wh
o was attending his 200th show. Wow! Hats off to that gentleman. That takes some major dedication! 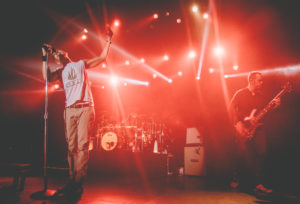 P-Nut performed a bass solo while using his loop station. I love when musicians use loops. It brings artistry to another level. He mashed together some licks to the tune of Daft Punk’s “Get Lucky.” That was a bit unexpected as I’ve never seen him do that before. P-nut is the man! I also love his Warwick bass that has a lighted fretboard. 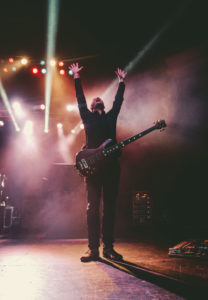 There’s no doubt that this band has stayed true to themselves and their fans for years and years. It’s always a great time with them and I can’t wait to check out another show! Make sure to visit their website to see if they’re coming to a city near you! You can also check out their latest release ‘The Essential 311’ on iTunes and Spotify!

Reporting and Photos by Mike Danenberg

See more PHOTOS from the show.