Director Lilibet Foster and Producer Sam Maydew of the documentary Be Here Now (The Andy Whitfield Story) spoke about their film at the event. As a former client of Sam Maydew, he recalled when Whitfield asked to document his battle with cancer because he wanted to show people that they had options. Foster said they want the film to be seen by as many people as possible. 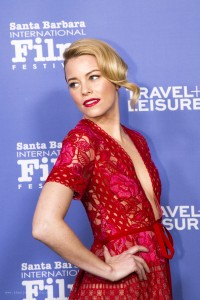 Actor Géza Röhrig spoke with us about his film, Son of Saul, winning the  Virtuoso Award and what it means for his career.  “I’m excited for many reasons but I also miss my family. I have been on a promotion tour the past two weeks where I met the Pope and others. But I have four kids and a beautiful wife.” However, he mentioned he enjoyed being in Santa Barbara. “It’s wonderful to be here. The others who get awards tonight I also look up to.”

Before Paul Dano was rushed off the red carpet, he had time to describe how he felt for the evening’s event. “It’s great, I’m touched and honored,” said Dano. The Virtuoso Awards followed the red carpet where moderator Dave Karger spent time interviewing each honoree to a sold out event.