Press Pass LA was thrilled to attend last night’s Streamy Awards which took place at the historic Hollywood Palladium and featured the biggest names from Youtube, Vine, Snapchat and even Facebook!  The show was hosted by digital stars Grace Helbig and Taylor Oakley and aired on TV for the first time on VH1. 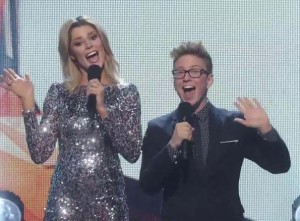 Helbig and Oakley could not have been the more perfect hosts! They were on point from their opening monologue to their bits between segments, even poking fun at themselves saying they felt like ‘real professionals’ with Oakley admitting to practicing at home and Helbig feeling sorry (not sorry) for him. Lets just say the Oscars could take a note or two from their style!

The show opened with a performance by Hailee Steinfeld of her latest hit “Love Myself” which set the tone for a fun evening and had the audience, led by Frankie Grande’s dance moves, on their feet. The vibe continued throughout the night with OMI taking the stage to perform his summertime hit “Cheerleader” and  Best Original Song Winner Alessia Cara performing “Here.” 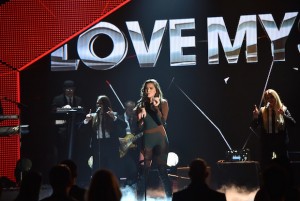 The top awards went to  Cameron Dallas for Entertainer of the Year, fouseyTUBE (a.k.a Yousef Erakat) for Show of the Year,  Matthew Santoro for Breakout Creator,  iJustine for Lifestyle star,  and The Gigi Gorgeous for Beauty.  Actor James Van Der Beek even took home an award for his role in Adi Shankar’s “Bootleg Universe” and joked about finally being able to make the jump from film and TV to streaming video.

Here are some other AMAZING sound bytes from the night:

Lilly Singh who won the First Person Streamy said, “I have to thank my parents, who let me not be a doctor…And huge shout-outs to Google and YouTube for not being scared to put a brown girl on a billboard.”

Flula accepted his speech in character? We think… “”Hello, what has happened? I feel like a panda bear who is playing hockey with other humans. This is a mistake, but I will take it in a happy way.” 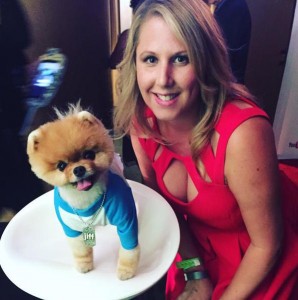 Other highlights included an on-stage pregnancy announcement by Pregnancy Whats Up Moms in their acceptance speech (now that’s an awards show first!) and a performance by Sir Mix-A-Lot of  “Baby Got Back” to close out the show as confetti poured over the audience. But for us, we couldn’t have been more excited to hang out with Insta-Icon, the adorable Jiff Pom backstage.

Check out the full list of nominees and winners here!

You can watch videos of all the performances at Streamys.org