It’s that time of year again! Thursday, nominees for the 67th Emmy Awards were released through a live webcast.served as the events presenters as they announced the nominees.

This year, the Emmy’s did a great job with selecting their nominee recipients. Additionally, HBO received the most nominations—totalling out to 126. But, can we be too surprised? 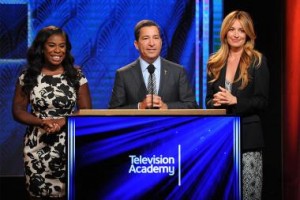 We were very relived to see that Game of Thrones and breakout series Unbreakable Kimmy Schmidt received their well deserved nominations for best show in their respective genres.

However, we are shocked to see that actors Gina Rodriguez (Jane the Virgin), Taraji P. Henson (Empire), and Nick Offerman (Parks and Recreation) did not receive nominations. Yet, would Ron Swanson really care about winning an Emmy? Probably not!

Who are you most upset to see the Emmy’s snub this year? Make sure to tune in to see the show on Sunday September 20!