The Kitty Bungalow Charm School For Wayward Cats put on an absolutely fantastic gala at Avalon in Hollywood raising money for animal rescue!

The night was filled with celeb-loving cats that wanted to do their part and lend their gifts, whether that be singing, dancing, 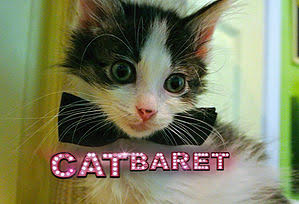 comedy or acting, to help raise the money that The Kitty Bungalow needs.

While on the carpet, we had the opportunity to speak with some of our favorite kitty loving stars. The hilarious Nicole Sullivan felt very strongly about the cause and was super excited to use her comedy skills to help raise money for those adorable little kitties. Sullivan told us why the Kitty Bungalow truly needs the help, as well as shared her strong feelings about the cause. “The Bungalow is so close to getting their new home, they have the perfect home but just need the money to move into it! It’s a beautiful no kill shelter, and they gotta get the cats in there and we need to raise money so they can get in there. Here’s the thing, we’ve got a bunch of animals in this city that are being put down every year. Of the animals, 70% are cats. We focus a lot on dogs, and I’m a huge dog lover too, but cats need homes also! We gotta adopt them, not shop, adopt. We gotta spay and neuter, we gotta get our city government to support TNR-Trap Neuter Return.”

We also got the chance to speak with the adorable child actress Nikki Hahn, who holds this cause very close to her heart. “This is my first time performing and I’m really excited because I love cats myself, I am fostering 3 right now. I’m a big cat lover and I’m really honored to be part of this show.”

Performer Tim Russ also felt very strongly about helping the cause and the event as a whole. “Theatre and music in and of itself are the best things in the world. The charity, I actually have 3 charities of my own and one of them is an animal charity, so I very much believe in the philanthropic efforts of taking care of our animals and our environment and the planet, its very important.” Russ performed a the blues song, “Black Cat Moan,” and let’s just say he did the cats justice, it was amazing! 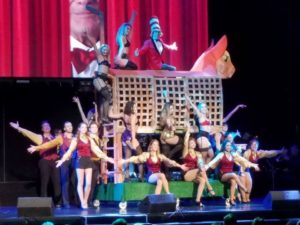 Soap star Charlotte Ross also felt very strongly about the benefit and was honored to be a part of it. “Kitty Bungalow does such extraordinary work, they don’t just talk the talk they walk the walk. They are saving lives everyday. Anything I can do to help, I hope I do a good job, this is a very popular show and I’m exited to be a part of it.” When asked what she would be performing, Charlotte said, “Try by Pink because its not only her motto, but I think its all of our mottos, patricianly cats on the street trying to survive. And also, Kitty Bungalow for hanging in there. It’s hard tireless work and sometimes thankless work. And they are hanging in there saving lives, so I think they deserve to have a party thrown for them everyday!”

The gala was a fun and musically filled evening, and even had an auction that consisted of cat trees designed by celebrities, how much fun is that?! Whoopi Goldberg designed a cat tree that ended up being bought for $400, of course with all proceeds going to The Kitty Bungalow. This was a fantastic event, for an even better cause. Are you a cat lover too?

Consider donating to The Kitty Bungalow or adopting a furry friend of your own!