This morning the Academy of Motion Picture Arts and Sciences announced its nominations for the 87th Annual Academy Awards. While most of the nominees were far from surprising, the overall lack of diversity in the acting categories is sure to raise a lot of eyebrows. 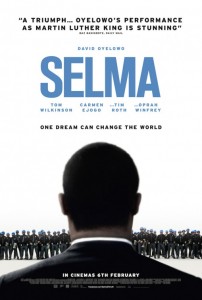 Let’s break this down through the major categories. Best Picture is the prize everyone is hoping for and the nominess usually set the tone for the rest of the list. Everyone knew Birdman and Boyhood were going to be in there but I don’t think anyone expected either Whiplash or American Sniper to sneak their way into the best picture category. Putting Whiplash in there means that the Oscars still care about the indies and are willing to shine a light on those that really deserve it. Both Boyhood and Grand Budapest Hotel sort of count as indies, since their directors have long-standing indie cred, but they are too established to be risqué anymore.

Deciding who will eventually walk away with the Best Picture award is a rough one this year. Boyhood, Whiplash, Grand Budapest Hotel and Birdman were insanely ambitious and groundbreaking. On the other hand Selma, American Sniper, The Imitation Game and The Theory of Everything are well liked biographical stories that typically come out this time of year as Oscar bait. In a perfect world it would be between Wes Anderson’s Grand Budapest Hotel and Birdman, both of which raised on the bar for cinema worldwide. 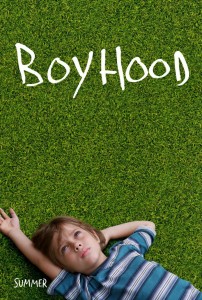 The only movie on the best picture list that probably shouldn’t be on there is The Theory of Everything. While a decent movie, it felt too safe and didn’t take any risks. Taking risks is what makes extraordinary films standout in a sea of mediocre ones. Just because the subject of the film was interesting is no reason for it to get nominated.

This leads us up to the Best Actor category, a surprisingly vanilla affair this year. Eddie Redmayne did not deserve to be on that list as his performance was good but nowhere near great. David Oyelowo, on the other hand, was certainly robbed out of his nomination this year for his portrayal of Martin Luther King Jr. in Selma, a totally understated performance. There seems to be an unwritten rule that if your picture is nominated for the big award it immediately gets placed in all the others. That kind of thinking short changes a lot of fantastic performances that never get their due.

Genre films cleaned up this year at nomination time. If heartwarming dramas got all the attention in the big categories comic book films and sci-fi epics get the love in the visual effects/animated film categories. One of the biggest shockers (thankfully) was the lack of Transformers on the visual effects list this year. The movie had tried to get a serious Oscar nomination but apparently no one bought into it. There might be hope yet.

The biggest snub in the animation category was without a doubt The Lego Movie. Smart, inventive and amazingly subversive The Lego Movie defied expectations and should be rewarded for it. Somehow How to Train Your Dragon 2 snuck in there and took its spot.

One cannot help but feel a little underwhelmed this year. While the nominations were all for quality films there weren’t a lot that thought outside the box. That may be why so many biographical films fill the Best Picture category, they are always easy Oscar bait. Hopefully 2015 will see directors and actors willing to push the envelope to revolutionize the way we see film.