This week, Press Pass LA was lucky enough to get the opportunity to attend an advance screening of the new ABC Family sci-fi drama Stitchers. The event was put on by both ABC Family and OK Magazine in Beverly Hills and was an absolute blast!

Not only did we get to watch the fantastic pilot, but the audience was served mini bottles of champagne and cupcakes. In addition, we were lucky enough to get to watch it with other members of the press along with four of the leads in the series, which was then followed by a Q&A with the cast. 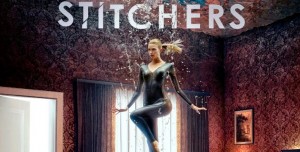 Stitchers is a very unique show, and will be ABC Family’s first procedural drama along with the network’s first real dip into science fiction. The show follows a young woman recruited into a covert government agency to be “stitched” into the minds of the recently deceased, using their memories to investigate murders and decipher mysteries that otherwise would have gone to the grave.

While the lead actress Emma Ishta who plays Kirsten was not in attendance, several of the other leads were there including Kyle Harris who plays Cameron, Allison Scagliotti who plays Camille, Ritesh Rajan who plays Linus, and Salli Richardson-Whitfield who plays Maggie.

The cast members present gave us an inside look at the series, which has a ten episode order, which was originally picked up last Spring. At the last minute, ABC decided to pull the plug on the series, but gave it another shot this year keeping the two leads (Emma Ishta and Kyle Harris) but recasting the rest of the roles. I am unsure of who was replaced last year, but this new cast is absolutely fantastic and seem to make a great ensemble. 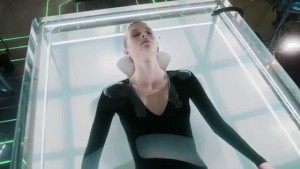 Stitchers is going to be paired with the ABC Family hit Pretty Little Liars on Tuesdays, and will premiere on June 2nd. This is a new show that you will not want to miss!