Why Press Pass LA
Press Pass LA is an entertainment company whose goal is to bring you coverage of the latest industry news, celebrity red carpet and charity events, and highlight up & coming talent and local happenings in and around Los Angeles. First off, thank you for taking the time to stop by our site and learn more about us. We know there are a ton of sites vying to distract you from your day job, and we’re glad to have won out this time!

The idea for this site was first conceived when one reporter sparked a conversation with her peers about the myriad of jobs, missed opportunities, small victories, large sacrifices, and continued hopes that had led each of them on their current paths. One commonality was quickly established. There was a resounding theme to everyone’s industry war stories- the idea that there are so many unique voices and talented people that come to work in this city yet so often these voices go unheard and their stories are overlooked. The feeling that so few have the power- be it wealth, fame, or title- to influence the product that emerges and so often the quality of that product suffers for it became paramount. Suddenly, it was clear to that reporter that she would embark on a mission (bordering obsession) to create a place where viewers could…”Get What Matters” in Hollywood, officially launching Press Pass LA. Call it idealist, but the PPLA Team believes there is more to Los Angeles than drinking from the fountain of Charlie Sheen’s “tiger blood” and we plan to prove it!

Who We Are
Our team is small but mighty. We are experienced entertainment professionals who have worked for many of the major studios, production companies, and talent agencies whose names we don’t see the need to “drop” here, plus we know you will just imdbgooglefacebook us later. We average over a decade of experience each and we range from struggling actors and former assistants to top producers, creative executives, photographers, miscellaneous crew, and everything in between. We believe that the person who serves your coffee might be the best darn under cover writer, actor, musician, and if you looked up from your soy non-fat mocha latte hold the whip, long enough, you just might notice. 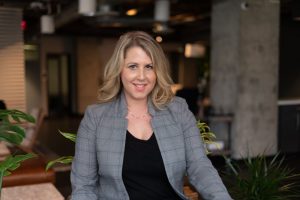 What We Do
We plan to bring you coverage of what we can. Let’s be honest, we’d love to be everywhere all the time… But until we win the lotto, we promise to bring you the best coverage of the things that interest us the most and we hope you like them too! In all seriousness, we will cover breaking entertainment news and bring you the best of TV reviews, movie premieres, and red carpet events. You might even learn some things you didn’t know about your favorite industry talent, like what they care about off set and what philanthropic work is important to them, not who they date or where they get paid to appear. While we love the mainstream, we also plan to bring you the best emerging talent in our Underground section! We hope to sit down and chat one-on-one with the talent we think you should keep an eye on and we’ll just hope they remember us when our story boosts them to super-stardom.