Access Hollywood Veteran, Shaun Robinson to Be Honored at the 2016 Breaking the Silence Awards

The I Love Me Foundation and its Board of Governors announced today it will honor Emmy Award Winning Journalist, Shaun Robinson with the 2016 Ally Award at their annual Breaking the Silence Awards hosted by television personality, Kelly Osbourne in Los Angeles at the Andaz West Hollywood. 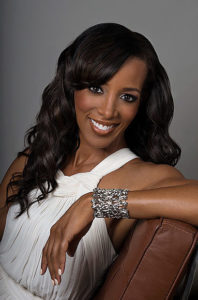 The annual awards will take place on Thursday, September 29th and recognize corporations and leaders who use their platform of influence to advocate for Sexual & Domestic Abuse awareness, as well as fair inclusive representations of the lesbian, gay, bisexual, transgender and non-gender conforming community and the issues that affect their lives.

For more information or to support or attend this event, visit Breaking the Silence Awards.