You may recognize Blake Cooper Griffin from TV shows like Castle, 90210, or this season of Disney’s hit show Jessie.  But if you haven’t been lucky enough to catch his work yet, you can rest assured you won’t be able to miss him after his recent work in Helen Hunt’s Ride and Love is All You Need.

Blake’s career certainly has momentum. In fact, you could say it is about to reach a pretty important peak. We sat down with Blake to talk about his journey thus far and what advice he has for fellow actors starting out. We also chatted about his obsession with House of Cards…we are right there binge-watching with you, but something tells us you might just appear on our screen sometime soon! 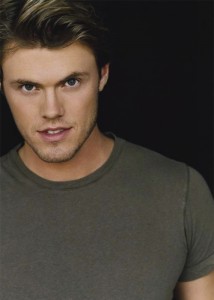 PPLA:  Tell us about your journey to pursue your career in acting. What have been the biggest challenges to breaking into the business?

BCG: This past Christmas, while visiting my parents, my mom showed me something I had written in first grade.  The teacher asked us to write about what we wanted to do when we grew up.  I wrote: “If I could be anything I would be a character movie star actor.”  The sentence structure was pretty rough and I was a really bad speller, but I was definitely clear on what I wanted to do.  So, I think my journey to pursue acting probably started there as a South Carolina kid who loved to watch movies and needed to practice his handwriting.

Before moving to L.A., I trained at the School of Drama at the North Carolina School of the Arts.  NCSA does a showcase for its graduating seniors and it was there that I got my first agent and manager.  They convinced me to move to LA and I have been out here ever since.

As far as my biggest challenge, I think that every actor struggles with doubt at one time or another.  Acting requires faith.  Faith in the universe and in yourself.  You have to let your faith be bigger than your doubt.

PPLA: What was one of your early successes? A booking where you thought, I might be on the right track!

BCG: I have come to learn that the business of acting is about momentum.  In 2011, I started to gain some traction.  I was a lead in a TV movie on NBC, guest starred on several shows, and booked a couple of films.  I was in heaven.  I had been auditioning and auditioning with little successes here and there but all in all, it had been slow moving up to that point. The lesson was that hard work pays off.  I really do believe that. Targeted, hard work.

PPLA: You recently wrapped the film Love is All You Need, tell us about your role and that experience? 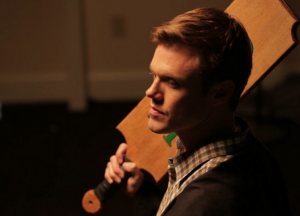 BCG: The minute I read Love is All You Need, I wanted to be a part of it. After auditioning for it, I couldn’t stop thinking about.  When people see the movie they will know why.  I ended up doing something I’ve never done. I wrote a letter to the director and writer basically saying I would do anything to play the role of Bill Bradley.  When my manager and agent called to tell me I got the part, I screamed so loud that my landlord came over and asked me if everything was alright.

The world of Love is all You Need is the brain child of our fearless director, K. Rocco Shields, based on the award winning short film that she and David Tillman wrote.  The short went viral with over 40 million views and was translated into 15 different languages. The story takes place on a college campus and follows a guy and a girl who fall in love in a world where being gay is the norm and find themselves bullied after their relationship goes public.  I play Bill Bradley, college football quarterback and president of Omega Theta Pi, who has major problems with the couple’s relationship.  The film is about anyone who has ever felt different. Kids across the country are getting bullied for a countless reasons and this movie is a kind of allegory for all different types of bullying.  The film also stars Briana Evigan, Emily Osment, and Tyler Blackburn. They are going to blow you away.

The best part of working on the project was that everyone was motivated by a desire to make a film that would change lives.  When I went to Drama School, that’s what I wanted to do– reach people. Rocco and the production team set up an environment that offered the actors tons freedom. Because of that, we all took big risks. The entire Genius Pictures production team worked in that spirit.  There was this palpable responsibility that everyone felt on set to speak up for those whose voices have not been heard. 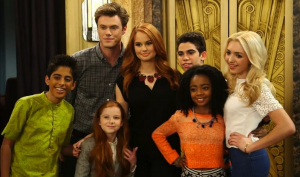 PPLA: You are also appearing on the final season of Jessie on Disney. What was it like working with the cast of such a hugely popular Disney show in their final season?

BCG: Pure fun.  Being in front of a live audience always reminds me of my theater days, so when I booked the role I was really looking forward to that. Everyone in that cast is such a pro.  Some of the kids were half my age and were telling me what to do.  The show’s creator, Pam Eells, is comedy royalty– so it was great working with her.

PPLA: How was working across Helen Hunt in Ride? Tell us a bit about your role and what we can expect from the film?

BCG: Working with Helen Hunt was a dream in itself.  She’s a role model for me because she’s done everything– television, film, theater, comedy, drama, actor, director, writer.  The script is really special and even though I have a small part in the film, after reading it, I knew I wanted to be a involved in it. Plus, there’s surfing in the movie. I had a great time getting to work by the beach! Who else gets to work with an ocean view?!  Not a bad place to clock in.

PPLA:  Your FAV movie? Favorite Actors? Any dream actors or directors you want to work with?

BCG: Right now, all I can think about is House of Cards.  Kevin Spacey and Robin Wright, the whole cast– they are so interesting.  I binge watch the seasons. My family was involved in politics when I was a kid so I find the whole world fascinating.  The Talented Mr. Ripley is a favorite of mine in large part because I really admire Matt Damon’s work.  He’s a leading man but has an ability to transform in every role that he plays.  There are so many actors, actresses, and directors I want to work with that you wouldn’t have enough space to print it. So, if you could just work out a role on House of Cards where I’m working opposite Matt Damon, that would be a good start.

PPLA:  Advice for other actors hoping to pursue a career in Hollywood.

BCG: #1) I believe that who you surround yourself with can chemically change who you are.  Take that seriously.  Pursuing an acting career is hard enough.  You don’t need people around you that are not supportive.  Remember, if people aren’t helping, they’re hurting. #2) Separate what you can control from what you can’t.  Do everything you can to improve what you can control, and try hard to forget the rest. #3) Remember, that all the creative answers are within you. We go to others to remind us of what we already know or to give us the courage to believe it. In that case, see #1.