THE ADVENTURES OF VELVET PROZAK PREMIERE

Press Pass LA attended the yellow carpet for The Adventures of Velvet Prozak, an original series,  launch at the Riviera 31 at Sofitel Hotel earlier this week.  The event was attended by more than three hundred guests and included live performances by Saige Walker (as Velvet Prozak) and Derek (D33 Bot) debuting their new single “Gravity.” 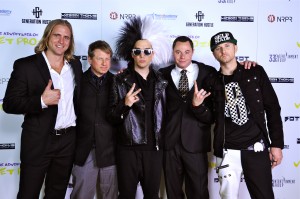 The series is a half hour comedy pilot presentation starring Saige Walker and Andy Milonakis. Other notable attendees at the launch party  included  Cody Wise, Ryan Beatty, Nicole Fox and the team from Generation Hustle.

Guests had the opportunity to mingle while D33 Bot and London Thomas rocked out as DJ’s. The highlight of the night was the performance by Velvet Prozak & D33.  Derek Dykes (D33 Bot) is an extremely talented music producer and DJ who has worked with LMFAO and currently has tracks signed to Tiesto’s Black Hole Recording label / Insomnified Music. Saige Walker who plays (Velvet Prozak) recently charted on the Weekly Top 40 on KIIS FM and was previously with Madonna’s Maverick Records. Performing together as a duo these two debuted their song  “Gravity” staring the stunning Nicole Fox – winner of America’s Next Top Model.

The series is based around Bartholomew Fogglehorn (Saige Walker), a twenty-two year old actor who moves to Hollywood with dreams of becoming a star. Barth escapes his life of Murphy’s Law by disappearing into his own elaborate, movie star adventures and music video style fantasies through his alter ego, Velvet Prozak. When Barth takes action and embarks on his alter ego’s adventures he discovers a whimsical world that’s more wild and zany than he could have ever imagined. It’s a parody of Hollywood with the theme – anything that can go wrong in Hollywood, DOES go wrong. 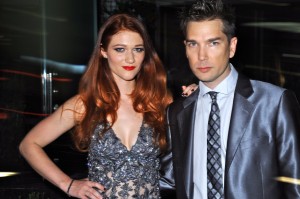