AFM Buzz: Robert Redford & Casey Affleck to star in ‘The Old Man and The Gun’ 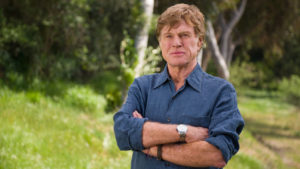 Endgame Entertainment and SPK Pictures are financing the project with Endgame’s James D. Stern producing alongside Condé Nast’s Jeremy Steckler and Dawn Ostroff. Robert Redford, Anthony Mastromauro, Bill Holderman and Tim Headington are also producing. Principal photography is scheduled to begin in early Spring 2017 in Ohio. The news was first announced by Rocket Science who will handle international sales commencing at AFM, with WME and CAA handling US domestic rights.
Based on a 2003 New Yorker article by David Grann, The Old Man and The Gun tells the true story of Forrest Tucker (Redford), an outlaw with 18 successful prison breaks and a lifetime of bank robberies to his name. The screenplay, which Lowery has written, retraces Forrest’s twilight years, from his audacious escape from San Quentin at the age of 70 to an unprecedented string of heists that confounds authorities and enchants the public. Wrapped up in this chase are a detective (Affleck) who becomes captivated with Forrest’s commitment to his craft and a woman who loves him in spite of his chosen profession.

Thorsten Schumacher, Founder of Rocket Science said of the project: “With Casey Affleck hotly tipped for 2017’s Academy Awards, this is going to be a truly thrilling production. Arguably, The Old Man and the Gun will showcase the role of all roles for Robert Redford encapsulating all of his various characters from the past, and such talent is the perfect package for Rocket Science as we continue to establish our growing slate.” 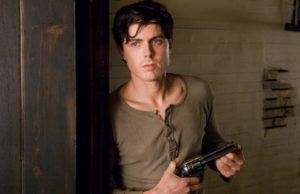 James Stern, CEO of Endgame Entertainment added, “I am thrilled to be working with David Lowery as I am a tremendous fan of his films and couldn’t be happier with the wonderful cast he has assembled.”