Academy Award nominee Tom Hardy (“The Revenant,” “Mad Max: Fury Road” and the upcoming “Dunkirk”) will star as the infamous Al Capone in “Fonzo,” written and to be directed by Josh Trank (“Chronicle.”) 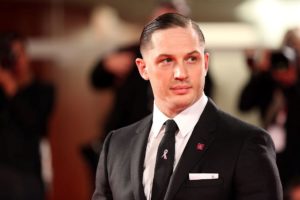 Once a ruthless businessman and bootlegger who ruled Chicago with an iron fist, Alfonse Capone was the most infamous and feared gangster of American lore. At the age of 47, following nearly a decade of imprisonment, dementia rots Alfonse’s mind and his past becomes present as harrowing memories of his violent and brutal origins melt into his waking life!

Tom Hardy once played the role of a bootlegger in “Lawless” and after seeing that film which co-starred Shia La Beouf, Jason Clarke, Guy Pearce, and Jessica Chastain, we have NO doubt he will deliver on the role of Capone!

Fonzo is currently in pre-production and BLOOM will commence international sales at the upcoming American Film Market. CAA and WME are handling US rights.