Five stars. You knew that the moment you decided to click on this review. But the question is how. Every episode offers something different. I have to talk about Marvel turning a weakness into a strength.

So this week in our Marvel neo-noir we officially start the base-slide into the birth of the Marvel Cinematic Universe’s iteration of Madame Masque while allowing our heroes at the SSR begin to learn exactly how far the power of the Arena Club extends.

Before we get into that, it’s important to note that we also got a chance to learn something about the unlikely rise of our main protagonist and antagonist. The fun of this is two-fold: one aspect is that we get to learn through flashbacks how Peggy Carter and Whitney Frost were forced onto the path of the journeys. Second, we get to learn a little more about how the Marvel Cinematic Universe is a bit different from the Marvel Comics canon. But, hey, let’s just knock out the last thing first because honestly, the first question is a lot more provocative.

In the comics, she’s the daughter of a powerful organized crime figure. Without plunging too deeply into comics canon, he sent his daughter to live with the Frost family which is how she got the name Whitney Frost. One of the more well-known members of the Frost family is under the tight control of Fox studios at this time, so you can see how this deviation serves to satisfy the lawyers and, thankfully, the demand for good writing. So, in actuality, telling the actual story of Madame Masque risks running afoul of Fox’s lawyers. So they just revamped her backstory into something much more compelling that I hope, but very much so doubt, will survive to become a fixture of the MCU. This is what you call turning a weakness into a strength. 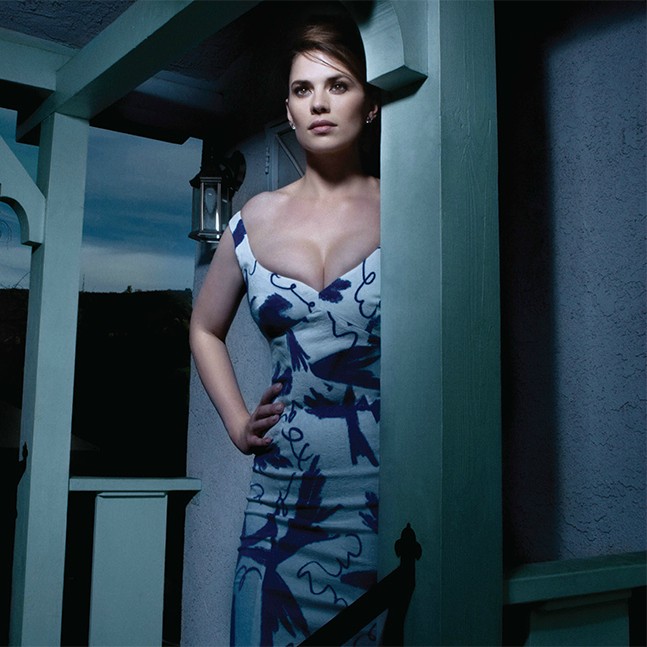 So far we’re seeing Whitney Frost complete her walk along what is basically a Villain’s Journey, and her story in the MCU has very humble origins. We see that she was the only daughter of her single mother. And we saw that she resented her mother for living a demeaning life of relying on her looks to survive. She never says it explicitly, but young Whitney knows that she is so much better than her mom. She can barely stand to look at her. Whitney is a genius even at a young age. Think Mozart, but younger, but engineering. Impressive, right? It’s a good look, but not one that’s appreciated on women in the 20s and 30s. We see that Whitney really did make an effort to be valued for something other than her looks. She was more than a legitimate genius, and we even see at her tender age that she wants to use that genius to help people. But she was shut down from the start, and then we see her with all her brilliance resign herself to the reality that in the end, she will have to make her way in life the same way her mother did…through her looks.

So she heads to Hollywood with her Hollywood beauty and she takes off from there, though secretly never really giving up on her dream of being a great engineer/scientist. It just somehow, got twisted and warped along the way. Like any good villain, Whitney has a real and understandable wound. And it’s a wound that totally differentiates her from her Marvel Comics iteration which is a lot less sympathetic.

The progression of heroes was laid out by Joseph Campbell which shows that the character development of the hero typically follows a series of steps that begins with the hero being in the ordinary world, experiencing a call to act, refusing the call, eventually taking the call, entering the dangerous new world, learning the ropes as he or she is tried and tested, and ends with the hero achieving mastery of his or her world. You see it in Lord of the Rings, Star Wars, and you see elements of it here. Peggy Carter was a British citizen during the rise of Hitler. She was offered a place in the Special Operations Executive to fight Hitler. She refused the call, experienced a wound, and then accepted the journey. So off she went to become a British spy and embark on the adventures that lead her to the SSR, Captain America, the Howling Commandos, fighting Hydra, fighting Leviathan, and now fighting the domestication and potential corruption of the SSR.

A villain also has a path. All villains, with the exception of people born with severe anti-social psychological issues, follow some form of a journey. Usually there is a wound that catapults them into action, or it could simply be a slow spiritual corruption that festers until critical, defining decisions are made. The Villain’s Journey often mirrors the Hero’s Journey. I mean that literally. Left is right and right is left. Notice that often, but not necessarily, the role of the shadow – the dark reflection of the protagonist – is filled by the villain. So it works when you have a shadow character embark on the Villain’s Journey. The Hero begins as a novice and achieves mastery of her world. The Villain begins as the master of her world and descends into chaos, the loss of her mastery. Think Luke versus Vader. Now think Agent Carter versus Madame Masque.

Marvel has set up a great dynamic here. They cut Madame Masque’s connection to the Fox property to make her a more satisfying character for their growing franchise. And that character’s journey charts her transition from a woman bound by noir standards to become a fully-realized neo-noir femme fatale, who at her climax promises a remarkable final battle with her neo-noir arch-nemesis.