Alec Sokolow To Develop “The All Stars” The Ultimate Sneakerhead Movie

The project will explore the legend and the legacy of Chuck Taylor, who sold and designed basketball sneakers starting in 1929. “The All Stars” will follow a mid-20’s ex-con and a mid-70’s cop as they race against time and obsessive ‘sneakerhead’ collectors to obtain the very first pair of 1929 Chuck Taylor Converse All-Stars to Sneakercon.

The film is a modern Sneakerhead story revolving around the legend and the legacy that is Chuck Taylor, the godfather of basketball sneakers and modern basketball.

“The All-Stars represents a career defining opportunity. C’mon, I grew up loving movies and rocking Chuck Taylor’s All-Stars everywhere! Uptown. Downtown. Midtown. Now, I get to write a movie about the very first pair of Chucks? Bucket list!” said Sokolow. 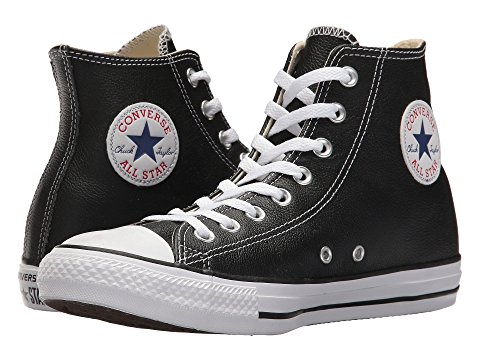 Sokolow was an Oscar nominee for his script “Toy Story.”  “Besides being an Oscar nominee, Alec is one of the most well-known script writers in the world, and we couldn’t be more excited to be in business with him,” said Producer, Ricky Brava.

“The actual All-Star sneaker has crossed boundaries and borders, connecting people of all ages and cultures around the world from hip hop to gangsters to women, kids and seniors.  Telling this meaningful and entertaining story for me is what story-telling is all about. We already have significant interest from several major sports and entertainment personalities and their companies that want to be a part of this iconic project,”  added Producer, Marc Gold.

Sam Sokolow, a 2018 Emmy nominee for Nat Geo’s “Genius” is also among the film’s producers. “If youth culture had to be summed up in one word, that word would probably be ‘sneakers.’ This film is the ultimate sneaker adventure. It’s a dream project to work on with this team, especially my brother Alec, who handed me down my first pair of Chuck’s.”

“Not only is All-Stars a great name for this tale, it’s also the best way to describe the team that has assembled to see this film come to life,” Producer Daryl Spivey, told Press Pass LA.  “We intend to tell a story that everyone who has ever laced-up a pair of kix will enjoy!”

The film is set to tentatively shoot in New Jersey in 2019. Stay tuned for updates on this project!