On May 3rd, All Time Low played their first Los Angeles show at The Palladium. The crowd was filled with men and women of all ages ready to rock the night away. The show also featured State Champs, Tonight Alive, Issues, plus a surprise DJ set by none other than Mark Hoppus from Blink-182. 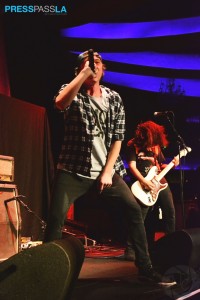 First to take the stage was State Champs, a pop punk band from Albany, New York. Derek Discanio (vocals), Tyler Szalkowski (guitar), Ryan Scott Graham (bass), Tony Diaz (guitar), and Evan Ambrosio (drums) brought the crowd to their feet with songs off their latest album, Finer Things. State Champs has just recently released that they will be opening for 5 Seconds of Summer for the AUS/NZ leg of their world tour this year (Congratulations!)

Next was Tonight Alive, a band from Australia with members Jenna McDougall (vocals), Whakaio Taahi (guitar), Jake Hardy (guitar), Cam Adler (bass), and Matt Best (drums). They played songs from their album The Other Side such as their single from The Amazing Spider-Man 2, “The Edge.”

Tonight Alive was followed by Issues, a band from Atlanta, Georgia formed in 2012. This metalcore band created mosh pits and provoked crowd surfers from all over the Palladium. Though their set was limited, they made sure to play their crowd favorite “Never Lose Your Flame” (2014). 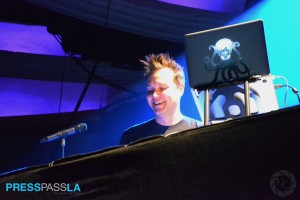 While everyone anxiously awaited All Time Low, Mark Hoppus (vocals/bass) from Blink-182 came out for a short DJ set, playing classics like “Rock Show” (by Blink 182) and mixing it with current hits “Turn Down for What” (DJ Snake, Lil Jon) and “Bad Blood” (Taylor Swift). 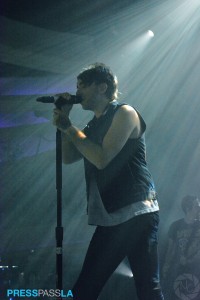 Finally, All Time Low took the stage. White lights shown down, creating an angelic feel around Alex Gaskarth (vocals/guitar), Jack Barakat (guitar), Rian Dawson (drums), and Zack Merrick (vocals/bass). They started their set with a new hit, “Satellites,” from their recently released album Future Hearts, but also played classics from older albums, Nothing Personal (2009) and Don’t Panic (2012). A crowd favorite was “A Love Like War” where friend and fellow musician, Vic Fuentes (from Pierce the Veil) joined them on stage. Lindsey Stirling was another guest that joined All Time Low adding her incredible violin skills to “Kids in The Dark.” All Time Low ended their set with a crowd favorite and one of their most popular songs, “Dear Maria, Count Me In” (2007) where confetti and a dance party concluded this remarkable evening for music.

Photos and Reporting by Nicolette Cunningham