‘American Idol’ Revival in the Works at ABC 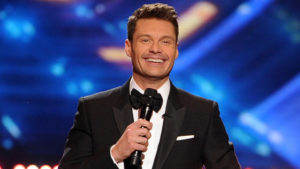 Dim the lights, here we go.

After two years off the air (which can now be referred to as a brief hiatus), “American Idol” is indeed making a comeback on a brand new network: ABC. In announcing this somewhat surprising news, ABC took a slight dig at FOX for letting the show go too soon.

“American Idol is a pop-culture staple that left the air too soon,” said ABC Entertainment president Channing Dungey. “ABC is the right home to reignite the fan base. We are thrilled viewers will once again share in these inspiring stories of people realizing their dreams.”

ABC outbid both FOX and NBC for the rights to revive the once popular talent search program. Now, ABC has major plans to create “a bigger, bolder and better-than-ever Idol.”

“American Idol on ABC…that has a nice ring to it,” said Ben Sherwood, co-chairman of Disney Media Networks and president of Disney-ABC. “Idol is an entertainment icon, and now it will air where it belongs.”

With ABC’s plans to reboot “American Idol”, they have not confirmed as to whether any of the show’s previous judges are set to return. However, with former show host Ryan Seacrest now under the ABC hub with “Live with Kelly & Ryan,”  they may be able to negotiate something within his contract. If he is brought on board in this way, it will beg the question: when will Seacrest ever sleep?

“American Idol” was a force to be reckoned with in the world of television. During the height of it’s success, the show was also a huge ratings draw. Although the show will remain iconic within American pop culture, is there a real need for the show’s return?

With NBC’s “The Voice” being the only talent show of this caliber on air, maybe a little competition from ABC’s version of “Idol” could be interesting. ABC has success within the world of reality competition programming through “Dancing with the Stars” and “The Bachelor” franchise. Likewise, maybe the network can bring something fresh to the table that FOX couldn’t.

ABC’s “American Idol” revival is slated to return to the silver screen within the 2017-2018 season. Therefore, it’s time for ABC to get to work, fast.