Press Pass LA was on the red carpet to kick off the 10th season of America’s Got Talent. We talked to judges Mel B, Heidi Klum, Howie Mandel, and Nick Cannon about what to expect this season. 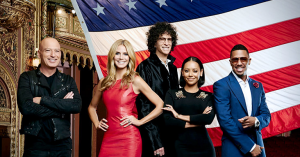 While the new season doesn’t premiere until the end of May, the judges are in the thick of auditioning talent for the newest season which marks the show’s tenth anniversary.  And the judges let us in on a little secret! This season’s contestant are stranger and more talented than ever before. Hint: The Regurgitator (explanation not necessary!)

The Extreme Auditions are also new this year, featuring life threatening daredevil acts, and the Golden Buzzer has been modified to allow judges to push an act straight to the live shows! Even if all judges like them, rather than just save a contestant to move on to the next round, they can now give them a boost straight to your TV. 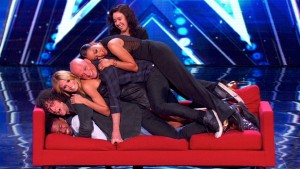 We asked each judge to tell us which other judge was their favorite! Watch the video to find out. Plus, Howie reveals his favorite reason for being a part of the show: free pants.