People all over the world have grown to love comedian Amy Schumer. Since her call to fame Schumer has created skits and jokes about Hollywood’s institutional sexism and starred as herself on Inside Amy Schumer.

Fans have applauded her for speaking out on touchy topics, but critics are not happy about her jokes involving race and women. Schumer made a joke about Latin women at the MTV Movie Awards that upset viewers and singer Jennifer Lopez. Her music video Milk Milk Lemonade was criticized for the use of black women’s bodies. Women within and outside the feminist community did not find the music video to be funny.

In the midst of the criticisms Schumer wanted to point out is that she is not a racist. In an open letter to social media Schumer refers to herself as a “devout feminist and lover of all people.” Schumer wants fans and critics alike to know that her jokes are simply “dumb jokes” at times, not racist remarks. Schumer mentioned that that she will not tone down her jokes and that she wants people to “resist the urge to pick me [her] apart.” 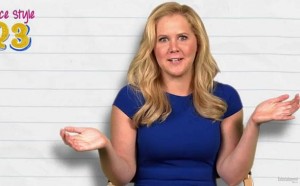 Even with recent criticism Schumer has still been offered different entertainment roles. Schumer revealed in an interview with the Daily Beast that she was offered the role of being the next Daily Show host. Although she did not take on the role, Schumer stars in the movie Trainwreck that is set to release on July 17, 2015.