Press Pass LA had the opportunity to attend the Angeleno magazine June issue release party featuring Adrian Grenier who can be seen on this month’s cover. 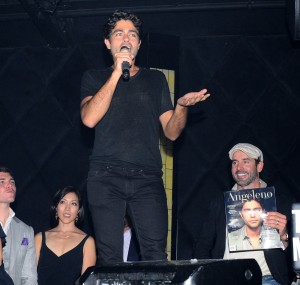 Grenier showed up solo (sans his Entourage entourage)  but definitely knew how to turn up in the party. A DJ was playing the latest tunes while Grenier danced surrounded by friends and fans.  He was in great spirits and even got up to make a speech about playing a movie star and being a “real  life  movie star” with the Entourage movie opening this weekend.

Full of enthusiasm and charm Grenier got up to do a speech and said “Well I have never graced a cover before but as I play a movie star on TV and now in a movie, why not act like one in real life.”  He was so excited about the movie and asked the crowd to tweet and spread the word on social media @entouragemovie.

Haley Joel Osment was also in attendance and can be seen in the upcoming Entourage movie that comes out this Wednesday, June 3. Grenier took the microphone to thank everyone for coming and encouraged everyone to see the movie leaving the speech with “Maybe a sequel?” 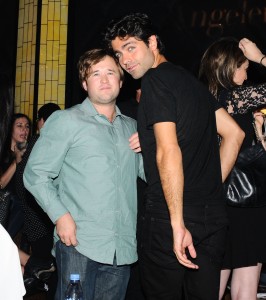