Anton Yelchin has been acting most of his life. Since his first appearance on ER at the age of 10 he quickly gained fame in a variety of big name roles.

Science fiction fans will know him as Kyle Reese in Terminator: Salvation and Chekov in the new Star Trek. Horror fans will know him from Odd Thomas and Fright Night. His body of work spans every genre, expanding more each year as he seems to be working non-stop. This year alone he has six movies coming out and another three currently in production. 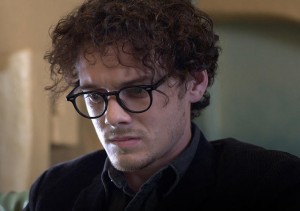 Press Pass LA sat down with Yelchin to discuss his love of cinema and Broken Horses, his latest movie, which opens today.

PPLA: What first attracted you to the role?

AY: For me it was this idea of a brother that harbors this huge guilt. This idea that he can’t go on without taking care of his brother really spoke to me.

PPLA: Your character is pretty reserved through the whole movie but you do have one moment of angers near the beginning. Why did you take such a subdued approach to the role?

AY: I think that he is the guy who pushed all the emotions he had back and now he has to deal with that. All that anger comes bubbling forth from him in that scene. He is always calm compared to his brother and it’s good to see a contrast between them.

PPLA:  Broken Horses is the first time that an Indian filmmaker has written, produced and directed a mainstream Hollywood movie. Given your experience did you notice a difference in the way the film was made compared to other Hollywood films? Was there a culture clash? 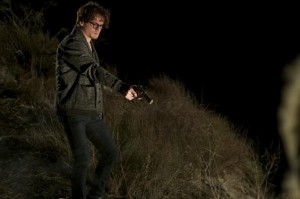 AY: No. I mean the language of cinema is universal and that’s why it transcends so much. I think it takes balls to make great cinema and it can be a gargantuan effort to finance. It’s a testament to his strength and confidence that he was able to get it done the way he did. That’s why you can’t contain the truly great filmmakers no matter what you put in their way.

PPLA: You just finished a movie called The Driftless Area with Zoe Descheanel that comes out soon, can you tell me a bit about that?

AY: That’s a film we’re premiering at Tribeca soon. It’s pretty great. It’s essentially a supernatural neo-noir that was a lot of fun to make.