The Art of Elysium hosted its sixth annual GENESIS to a packed house in downtown Los Angeles at the Theatre at Ace Hotel. Press Pass LA was thrilled to be among its attendees again this year. 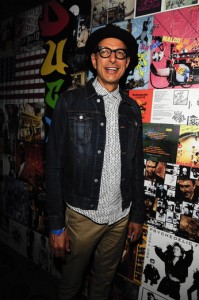 “This year’s Genesis has set the stage for what I believe will become one of the most significant emerging artists events of the year,” stated The Art of Elysium Founder Jennifer Howell. “Our organization is committed to supporting talent and this event was a perfect demonstration of artists helping artists.”

One of our favorite pieces of art was by Creative Vandal’s Nick Egan whose art wall included original album cover art from greats like INXS, Kylie Minogue and more. We also enjoyed a virtual reality Beck concert video created by director/photographer Chris Milk. My personal favorite was the Uni-Wolf-Cheetah by artists Dionna Garcia inspiring viewers to Be What You Dream. Other art creating buzz was the “I Like” campaign asking viewers to think positive and create lists of their likes, the call to contemplate “Stan Here and Think About Someone You Love,” and the recycled record art featuring pop culture symbols like E.T. 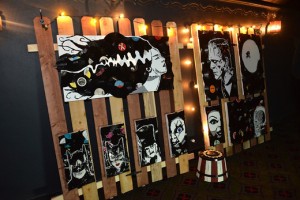 Performing artists included SoKo, Rodrigo Amarante, The Garden, Nite Jewel, Mary Ocher, Moses Sumney, Nico Turner, Vorhees, Aaron Embry, The Donnies and the Amys’ and surprise performances by Jakob Dylan and Moby who was joined on stage by Catpower to close out the show. 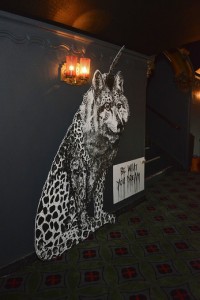 Proceeds from ticket sales of this event benefit  The Art of Elysium and their mission.   The evening’s sponsors included KCRW, Supra Footwear, and Goldenvoice.