BARELY LETHAL COULD BE THE NEW MEAN GIRLS, MOVIE REVIEW

Hailee Steinfeld, Sophie Turner and Dove Cameron make up an all girl trinity in Barely Lethal, which has set the tween and teen twitterverse afire. Barely Lethal, directed by Kyle Newman, aims to bring home the feel good coming of age action comedy this generation is missing.

It is safe to say the film  is not your typical rags to riches, or wallflower to savior type teen movie. It is, in fact, a film about a young girl at the top of her game who yearns to be normal more than anything else. In an effort to embrace her teenage experiences, Megan Walsh (Hailee Steinfeld) fakes her own death after a tricky special ops mission goes haywire. High school is not always what it seems, and what will happen to Megan once her worlds collide? Barely Lethal aims to bring audiences into Megan’s world and what it’s like to go to high school today. 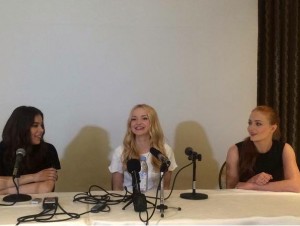 The cast of Barely Lethal talks about the movie.

This is by no means a teens only film. Adults will equally enjoy the power house talents of Samuel L. Jackson as Maxwell Hardman and Jessica Alba as Victoria Knox. Alba returns to her Dark Angel roots as she steps into an action packed, butt kicking, name taking, secret agent role once more. Jackson may truly surprise you in this film as he takes on a character you’re bound to love and hate. He was the first attached to the project and sites “ I liked the fact that he was this hardened military guy now running a finishing school for girls, which sounded fun.” 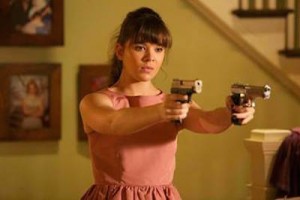 Throughout the movie you can see the heavy 90s influences that shaped Newman’s image of the movie. Most notable is the suck and blow scene during a party in the kitchen which tipped it’s hat to Clueless. Every generation needs a fun teen film to grow up with. Hailee, Sophie, and Dove just might be the new Mean Girls action trio we’ve all been missing.  Barely Lethal is in theaters and on iTunes May 29th.
Written by: Carolina Bonetti