Behind The Scenes – Capitol Studios

As Capitol Studios celebrates their 60th Anniversary, PPLA was invited to a private tour of the famous Studios A, B & C.

All weekend long Capitol Studios in Hollywood is inviting the public to tour their studios, a rare and special event for music fans. In addition to the impressive tour, the l 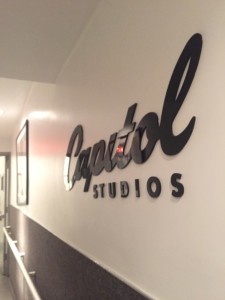 ot in front of the famous building will be transformed into a Wax Record Fair, the first music industry event of its kind to focus on vinyl, music lifestyle goods, and record-collecting culture. You can purchase tickets to the event here.

For those that won’t be able to make it this weekend, PPLA was invited to experience the studio tour – complete with hands-on demos (we remixed Sam Smith songs and now we are producers). While Studio A has 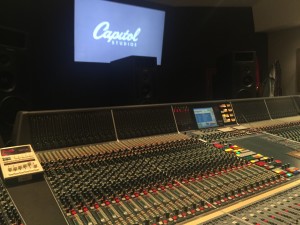 been completely updated (Frank Sinatra was the first person to record here), the famed Studio B has kept it’s original Rock N Roll flare – we were told John Mayer holed up for 5 months inside the studio once. Studio C has mixed movies and multiple Grammy winning songs – we were able to crank up the volume and hear The Who’s Pinball Wizard in a way that gave whole new depth to the song.

While the tour was filled with so much history (you could feel the presence of music greats like The Beatles & The Beach Boys), Capitol also gave us a taste of their latest project with a live performance (mixed on site) of SonReal, a Canadian hip hop and alternative artist. 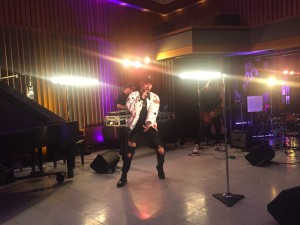 Head’s up – if you are an unsigned artist or band, head over to the Stoughton Printing booth at the Wax Record Fair and fill out an entry card – winners will be pulled on Sunday for some amazing prizes: 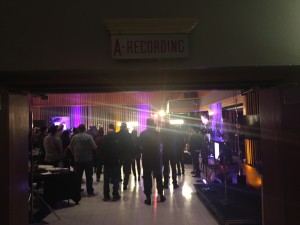