It’s official! It has been announced that Ben Affleck plans to direct, co-write, and star in a standalone Batman movie.

Affleck is teaming up with comic-book writer Geoff Johns to write the films script. The writing process is assumed to begin after Johns finishes directing Live by the Night, which will begin filming in November. Therefore, it may be a while before we see Affleck take on the role of the Caped Crusader in a standalone feature. 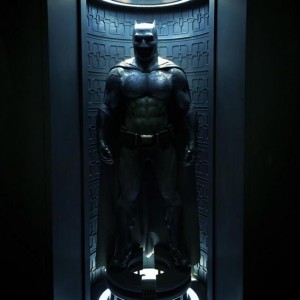 Ben Affleck is taking the lead by directing his own Batman movie.

In the meantime, die-hard fans will have the opportunity to see Affleck’s debut as Batman in 2016’s Batman v Superman: Dawn of Justice. Additionally, Batman is set to make appearances in Suicide Squad and Justice League, adding to the anticipation.

We know that Affleck is a skilled screenwriter, so we are sure he will stay as true to the Bruce Wayne story as possible. Are you excited to see Ben Affleck take on the role of Bruce Wayne/Batman? We definitely are!