Musically talented and instrumentally driven, Beta State is a band that can write music that takes over your mind and takes you on a journey through the city.  We caught up with them about their recent collaboration with Linkin Park and upcoming EP “Glass.”

Their previous Album titled Friendship contained elements that categorized them under alternative pop rock with songs resembling to those of early Blink-182 as well as Coldplay.

However, as the mainstream media evolves so have Beta State- they have incorporated more keyboards, and ambient sounds to compliment their soothing lyrics and vocals. We had the chance to chat with Matt MacDonald and he gave us a little feedback on what to expect in their new upcoming album Glass.

PPLA: I have listened to your music and find your music very catchy. Your previous album, Friendship, was more pop-rock. What drove you to change the sound in this album and add more ambiance?

Our mentality was vocals first. Once we were happy with the vocals, we would essentially strip the song back down to its basic chords and rewrite everything to accent the vocal. At that point, the possibilities became endless. This process opened us up to many different sounds and instruments we hadn’t thought to use before.”

PPLA: It seems to have worked well on this new album. As you mentioned you guys picked up different instruments and incorporated them, who were your influences to take that step?

MM: During the writing of Friendship, we had always talked about wanting to experiment and change our writing process. When we teamed up with Linkin Park to write “Change,” it was the first song we wrote in front of a computer rather than in a loud, live room. From then on, we knew this was the most efficient and best way for us to continue writing.

PPLA: Will you be collaborating with Linkin Park again in the future? What’s the chemistry between your bands while recording? Was it an easier process recording this album compared to Friendship?

MM: This was the most enjoyable and relaxing writing experience any of us had up to this point. Justin, Adrian and I decided to move in to a house together and convert half of the hosue into a recording studio. The living room was the control room and where we would iron out song ideas together. The vocal booth was set up in my bedroom and Justin had a protools right in his room where he would work on adding production ideas to songs, while I would be recording vocals in the other room. We worked around the clock most days and really pushed ourselves and each other to new heights. I like to call it the house of no sleep! We would never be opposed to working with Linkin Park again. They were great to work with!

PPLA: What inspired your song “Left with the Pain?”  Is it a personal experience? 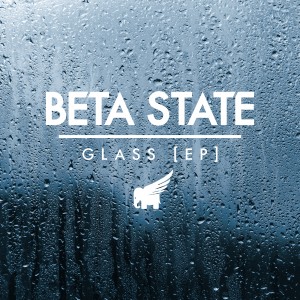 MM: It was a very personal experience. One that I don’t talk much about, but writing this song and making the music video was really therapeutic

PPLA: I can see the audience connecting with this song in particular because it is so personal. When do you enjoy your time the most- when you are in the studio connecting with the band and working on your music, or out on tour with the fans?

MM: I can’t have one without the other. It’s a balance, too much of one and not enough of the other just isn’t right! Singing along with fans at shows and creating music and pushing my envelope as a songwriter are two very different but equally gratifying things.

Beta State’s  latest album is a genre- changer for the band and is full of great music and soulful lyrics. Glass drops on August 18th. Get your copy and share the passion for music.