The global megastar surprised the audience with a jaw-dropping “Lemonade” medley that recreated the stunning imagery of the visual album. 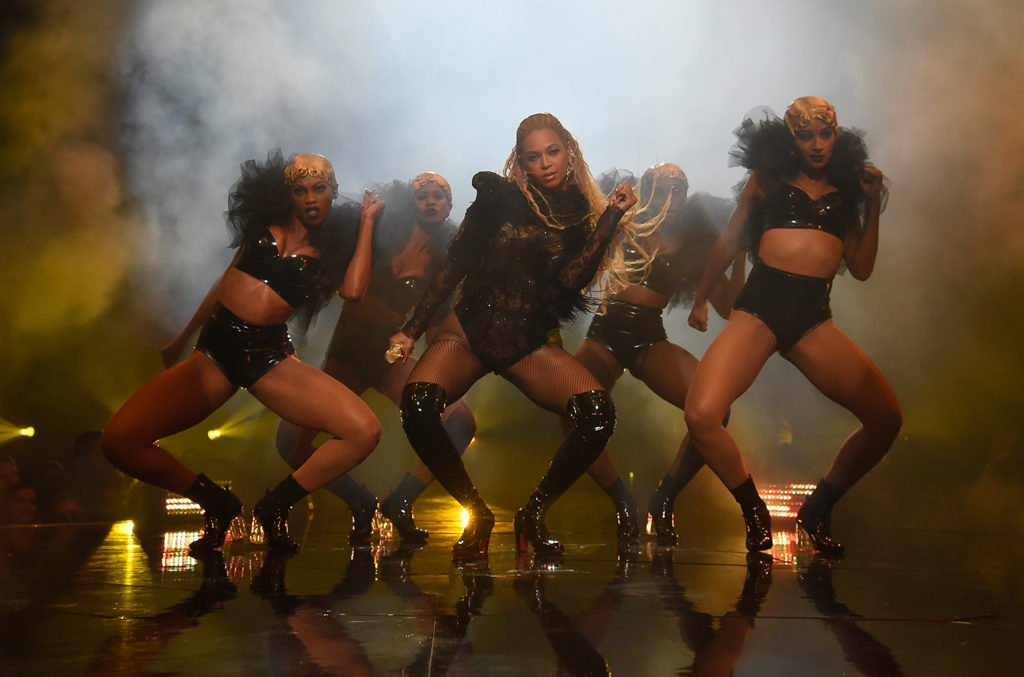 Rihanna, the evening’s Michael Jackson Video Vanguard Award-winner, opened the show with an electrifying dance medley of some of her biggest hits and then went on to perform three more acts including a trio of ballads to close the show before accepting the VMAs highest honor with a heartfelt tribute by Drake. A heartfelt tribute that included a moment where the audience thought he might just get down on one knee and propose! “She’s someone I’ve been in love with since I was 22 years old.” He’s 29, that’s 7 years (for those of us still in shock!) Queue the internet meltdown.. 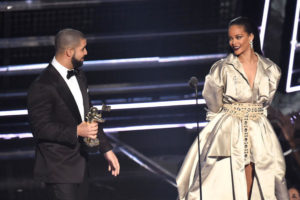 Kanye West made a special appearance to deliver an ‘expression of our now’ (don’t worry he made little to no sense to us too!) regarding his views on the current state of fame before introducing his new video for “Fade” starring actress and GOOD Music recording artist Teyana Taylor and her fiancée, the Cleveland Cavaliers’ Iman Shumpert. Let’s just say women everywhere were in awe of Taylor’s impeccable body and couldn’t help but love the ‘Footloose’ homage!

Future delivered a performance of his 2015 hit “F**k Up Some Commas,” after being introduced by legendary Olympian Michael Phelps, who revealed he’d been listening to Future in the meme-launching photo of him in Rio. Listen to Future = win your 28th Olympic medal! 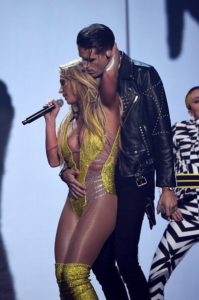 Britney Spears made a triumphant return to the VMA stage with a flawless performance of her G-Eazy collaboration “Make Me.” We were kind of sad to see her snake circa 2001 didn’t make the cut but Spears certainly delivered.

Other favorite moments of the night included a killer performance by Halsey and The Chainsmokers, a duet by Ariana Grande and Nicki Minaj, Nick Jonas’ making us all hungry with his new hit “Bacon,” a bare-faced (and STUNNING) Alicia Keys delivering a poem in honor of Martin Luther King Jr.’s “I Have a Dream” speech, and an appearance by the USA Gymnastic team who presented an award to Beyonce (and snagged a hug!)

Not to mention the entire show was hosted by the hilarious Key & Peele who strove for Tweet-perfection at every turn. 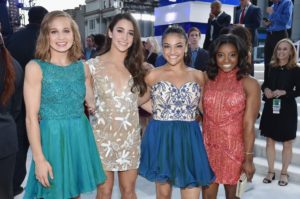 Check out the full list of winners below and watch all the performances at MTV.

BEST MALE VIDEO
Calvin Harris ft. Rihanna – “This Is What You Came For”
Director: Emil Nava

ARIANA GRANDE & NICKI MINAJ – “Side to Side”

FUTURE – “F*ck Up Some Commas”