This week Marvel Studios quietly updated Scarlett Johansson’s IMDB page with her most current project, a solo Black Widow movie. Anyone that has been following Marvel Studios knows that this is something they have been toying with for a long time so a posting like that is sure to make waves.

Marvel Feige, President of Marvel Studios, recently said that the company had movies lined up until 2028 and if nothing else this is proof. More than likely this will be one of the mystery projects the studio has lined up in either phase three or phase four of its grand plan, probably phase three just after the Avengers sequel.

Johansson knocked it out of the park in Captain America 2: The Winter Soldier and has been slowly evolving her character since her first appearance in Iron Man 2. Her own solo movie is a smart move because not only will it put her character front and center but it will put a lot more focus on female superheroes, a demographic sorely lacking in the industry.

While it is true that there have been female superhero films in the past they have never really been properly handled. In the hands of Marvel Studios there is a good chance at least that the Black Widow will be handled with respect and dignity serving to empower women through the film.

Marvel’s willingness to take that leap proves they have faith in the intelligence of the audience. Compare that to DC Entertainment which has gone on record as saying that a Wonder Woman movie would be too difficult to make. Granted, they have said that one is in the works but no date has been set and it most likely won’t happen until well after 2016 when Batman vs. Superman debuts.

Also worth noting is that the IMDB page already has a director attached, David Hayter. Although Hayter is relatively new to the industry as a director his background writing for the original X-Men trilogy shows he knows how the superhero universe works. It is a bold move by Marvel putting such a novice director in a big budget project like this but the studio has become known for taking big risks and having them pay off tenfold. 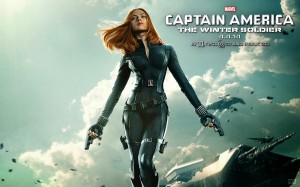 Disney and Marvel Studios were both contacted but have not commented on the new development as of yet. Keep reading Press Pass LA for more details. To see the IMDB page click here.