I braced myself excitedly when arriving at the gorgeous outdoor venue that is Ravinia Festival in Highland Park, just 45 minutes north of Chicago. It was a warm yet breezy day and as I boarded the shuttle from the parking lot, I could feel the buzz amongst other fans around me with coolers in tow and wagons full of lawn chairs.

The uniqueness of this venue set the tone for the entire night. The expansive lawn brings people together, literally. Most people are situated within a foot of their neighbors sharing charcuterie boards and bottles of wine as their children run and play about in the maze of picnic blankets and makeshift café tables. The feeling of open friendliness is pretty unique in comparison to city theater shows that are usually dark, static and more restrictive. It seems like an open, BYOB lawn, “grass pass” concept is something that promotes togetherness and unity among fans that stimulates an overall good vibe for everyone there.

Growing up, I knew of Blondie as an icon of my mother’s generation, but as I personally became acquainted with the music, I realized that someone like Deborah was an undeniably timeless character. Coincidentally, it was during the same time that I was a budding Garbage fan, in the mid-90s when their commercial success really took off. I feel as though this was an important time in life to have such powerful women influencing my musical tastes with not only their voices but also their messages. When I found out that Shirley Manson and Deborah Harry were touring on the same bill, it seemed like two fantastic worlds coming together. While each has their own unique sound, having them packaged together was the best present this summer concert season could bring. 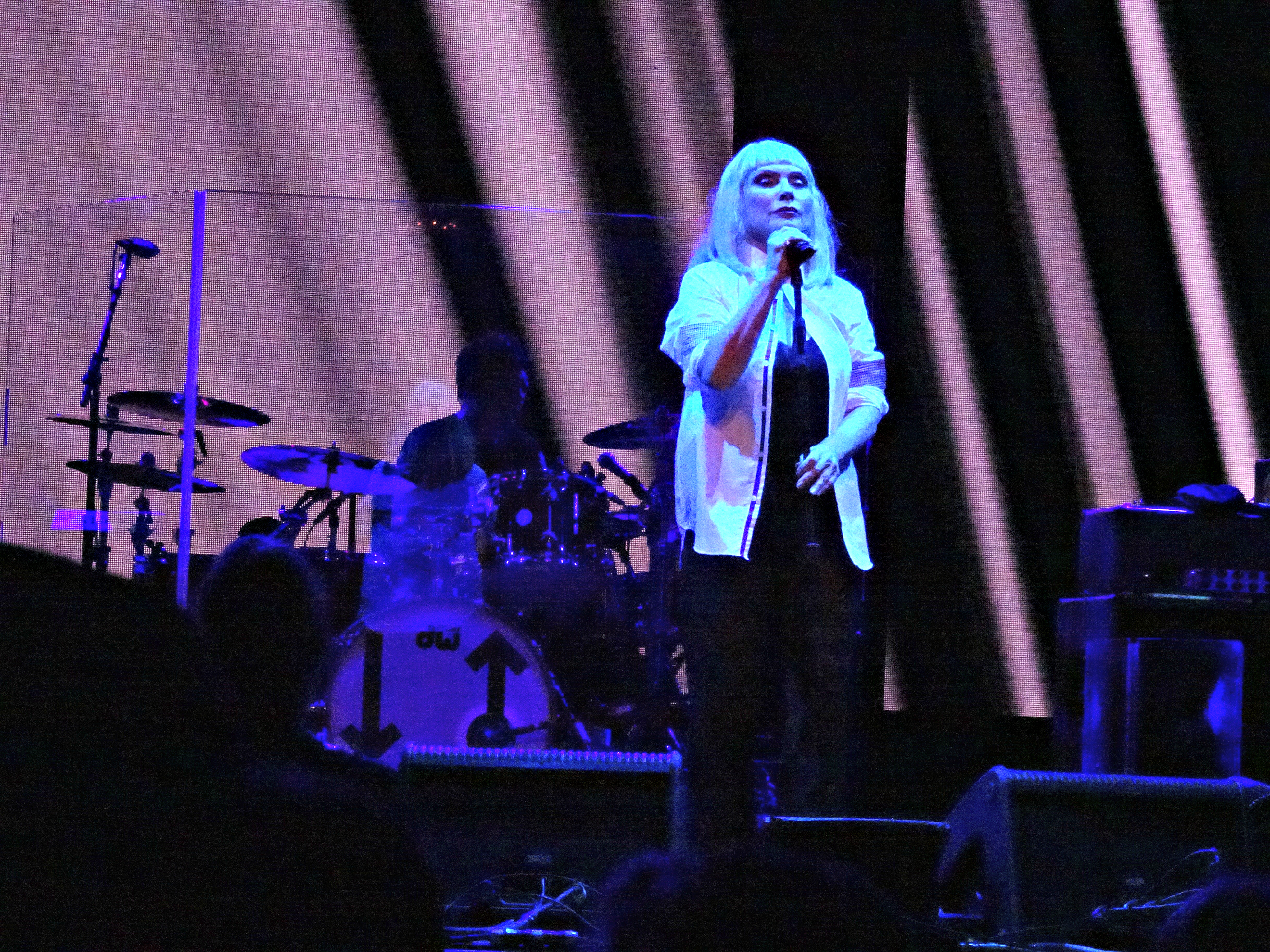 After an energetic and true-to-form Garbage set, it was time for the much anticipated Blondie takeover. The pavilion suddenly swelled as each previously-open seat was quickly occupied while the roadies on stage quickly assembled the stage. I immediately noticed how diverse the crowd was. Next to me was an elderly couple in their 70s, both grinning ear to ear as they anticipated Debbie’s entrance after the lights dimmed and the crowd started to whistle and holler. The front row was occupied by a handful of buzzing 20-somethings eagerly bouncing in their seats wearing Blondie crop tops with their hair in a rainbow of colors. This is a true sign that an artist has impacted many generations in a positive way, and luckily for us, she’s still going strong.

As Blondie opened with “One Way or Another”, the glittery stage was a sight to behold. They kept the bee theme strong to coincide with the new Pollinator album. The new hits were surprisingly fresh and kept that signature disco vibe that the band has forever encapsulated. Debbie’s costume was intricate featuring a rhinestone encrusted bee helmet and bee-eyes glasses underneath. She was remarkably theatrical without skipping a beat while going through a couple of all-time hits like “Rapture” and “Call Me”. Even the older hits somehow felt new and I attribute this to Stein’s and Harry’s new muse and hobby, bee-keeping, which seems to have breathed much life into the band and new material overall. 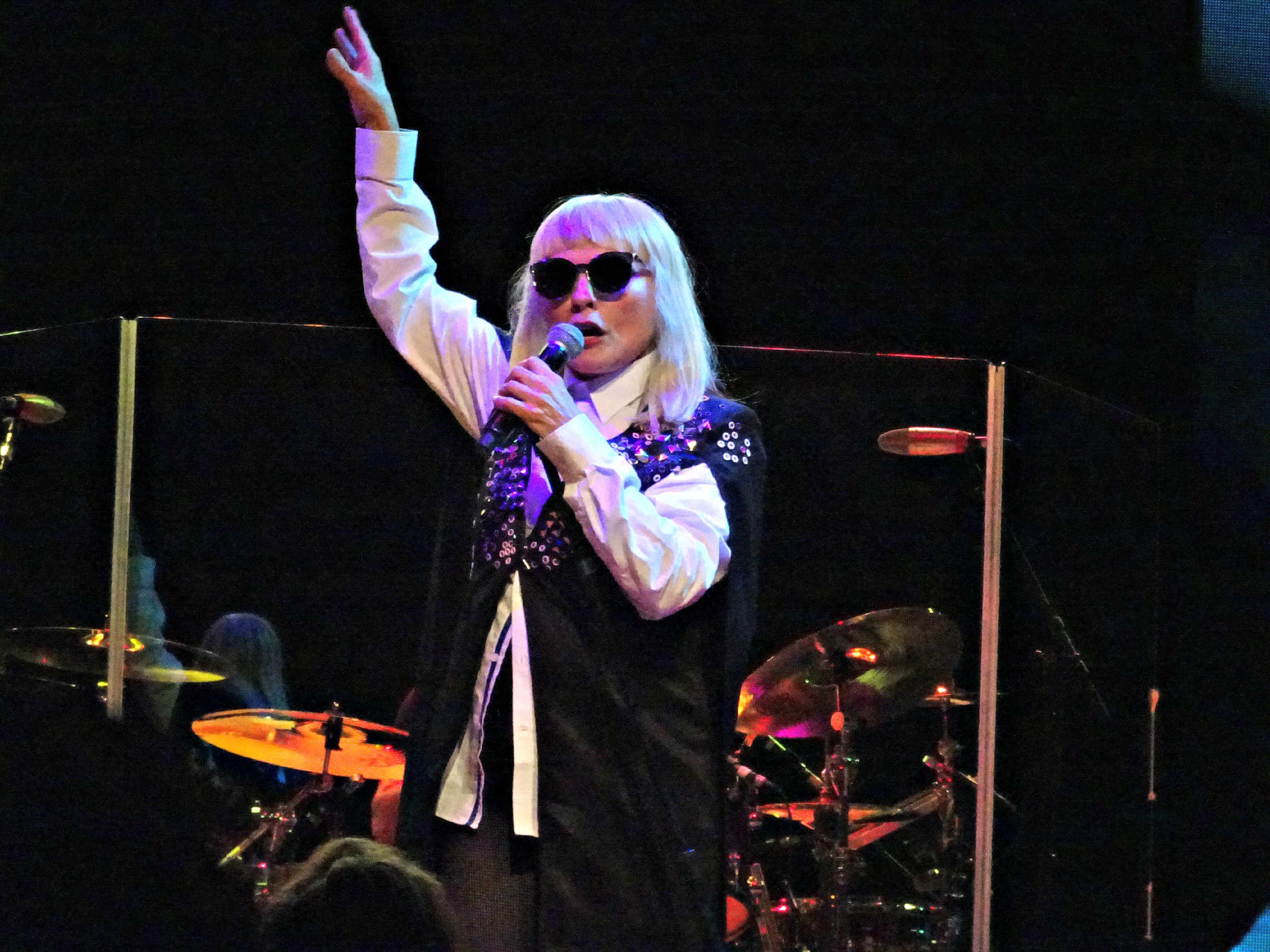 The end of the set concluded with “Heart of Glass”, getting almost everyone onto their feet dancing together as one big wave. Once finished, the crowd enthusiastically summoned them back onstage for an encore, to which they generously obliged, performing The Paragons cover “The Tide is High” and the song “Dreaming”, a 70s classic. As the band exited the stage for the last time, the crowd went from hyperactive to a low hum of post-experience awe. People excitedly took pictures of the stage and each other, speaking elatedly of the show they had just experienced.

For many, seeing Blondie was a check off their life bucket list, and for some, it was an experience of reliving their youth, and surely not their first Blondie show. Having the juxtaposition of those two types of fans together in one arena, within an array of age-ranges, was truly a humbling experience. Blondie’s performance and new album have assured me that what is old can be new again, and that the future of music still has a strong foundation from the past.