We’ve been keeping an eye on Bloodboy since we debuted Human Female back in March, and with the release of Best of Bloodboy this month, it’s safe to say singer-songwriter Lexie Papilion is going to be shaking things up far beyond the LA music scene. 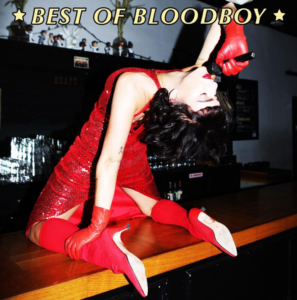 In a remote warehouse on a dark street in the fashion district Thursday night, Bloodboy celebrated the release of her debut EP in an environment best described by one fan as “the best prom throwback, but with like, Halloween costumes.” In the mix of nostalgia and red solo cups, Bloodboy ran through her 6 track EP, even when a pit opened up and threatened to take the stage down.

While Human Female highlights the marketability of Bloodboy’s music, a perfectly structured pop hit, it’s songs like Keep Your Disease that stand out the most, quickly drawing comparisons to Karen O of the Yeah Yeah Yeahs. The raw grit in Papilion’s voice can’t be ignored as it layers over itself at the end of the track, and it’s this honest intensity and power that’s been missing in the scene lately.

Best of Bloodboy is an ode to time – the way it alters who you are and makes you re-examine who you want to be – and how that’s a good thing even when you feel insane. “I’m only with you while I lose track of time” echoes through the EP’s opening track, Fuck Yourself, building on a concept we first heard on Human Female. While the whole track listing can, in one way or another, relate to this theme of time, it’s a song like Mom, I’ve Changed that really brings it full circle.

Setting itself apart from the danceable electro-rock songs that make up most of the EP, Drunk You really showcases how much power Papilion’s voice carries on its own. With a simple guitar melody and synth undertone, lyrics like “Drunk you won’t even call me when I’m crying / drunk you can’t keep a straight 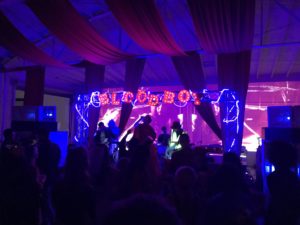 face when you’re lying / but I know even drunk you can’t pretend you don’t care” have a way of cutting straight into you, in part because the structure of the song itself propels Papilion’s voice to the forefront.

In the sweaty, balloon filled warehouse Thursday night, Hey Kid had the unicorns and ringmasters of LA dancing as if the full moon hadn’t been last week, but was rising with each twirl and two-step. If you have a chance to check out Bloodboy’s live show, jump on it now – pretty soon you may have to be begging a Craigslister for tickets.