Press Pass LA had the chance to chat with Bob Odenkirk about his role as Jimmy McGill on the hit show “Better Call Saul” at Paley Fest at The Dolby Theatre!

For those of you who were not ready for Breaking Bad to end, the announcement of Better Call Saul felt like either like a consolation prize or a dream come true. Two seasons in, we now all know the latter was true!

The show focuses on the character of Jimmy McGill, played flawlessly by Odenkirk, and takes us back in time bef 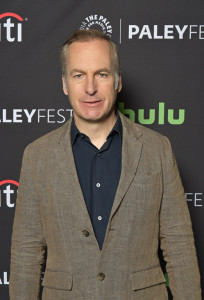 ore he was the ace attorney for chemist-turned-meth dealer Walter White. Six years before he begins to represent Albuquerque’s most notorious criminal, Saul Goodman is Jimmy McGill, a small-time attorney hustling to make a name for himself.

We caught up with Bob to discuss what it’s been like exploring the origins of his character the last two seasons and what’s next for Season 3 (they were just renewed!)