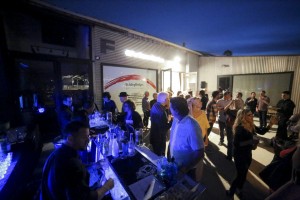 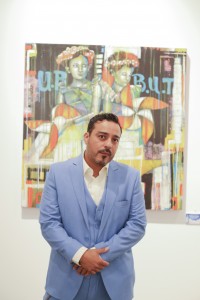 Guests had the exclusive opportunity to view the innovative work of 20 emerging artists from Los Angeles while enjoying a wide variety of gin concoctions. All participants were vying for a chance to represent their hometown and participate in the Artisan Series National Grand Finale alongside some of the nation’s top up-and-coming talent during SCOPE Miami Beach in December.

The top three winning artists from the finale will receive the unique opportunity to create a mural in their hometown in order to bring their visions to life, and give back to their communities. LA’s Lilli Muller and her mixed media sculpture titled “Distorted” was announced as the 2015 LA Winner of the Bombay Sapphire Artisan Series competition. Inspired by constriction, transformation and change, her piece proved imagination and creativity – key elements of RUSH Philanthropic Arts Foundation and Bombay Sapphire’s mission in the Artisan Series program. 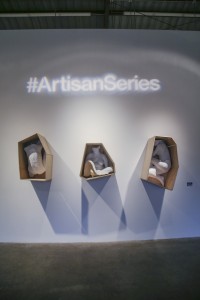 on to paint Lil Wayne’s skate park and was commissioned by Swizz Beatz in 2013 to create a custom piece. More recently, 2014 National Winner Kristine Mays’ incredible work was purchased by Star Wars film director George Lucas and his wife Mellody Hobson at the Bombay Sapphire Artisan Series solo exhibit at SCOPE NYC – a testament to the exceptional caliber of talent receiving exposure from this annual multicultural arts competition.

For more information go to www.bombayartisan.com