Bourbon & Beyond: Your Guide To A Great Weekend

The inaugural Bourbon & Beyond Festival kicks off this weekend in Louisville, KY. The two-day fest being held in Champions Park will blend together the love of bourbon, quality eats, and a dynamic line-up of illustrious artists.

Attendees will be treated to numerous panels and food demonstrations from award-winning chefs in addition to dedicated bourbon workshops and tastings. With nearly 30 live performances to choose from, we’ve compiled a seamless festival guide to help you navigate between stages, tastings and eats.

What do counterfeiting, pirating and bootlegging have to do with liquor and eats?  Join celebrity chef, Tom Colicchio, Brooklyn-born chef and restaurateur, Edward Lee, Julian P. Van Winkle III, President, Old Rip Van Winkle Distillery and Fred Minnick, bourbon author & authority as they explore the effects on business from the underground market.

Formed in 2013 out of Fayetteville, Arkansas, Shawn James & The Shapeshifters are a 5-piece band with a fiery mix of soul, rock, and heavy blues. At first glance, one could assume they’re a heavy metal band; but, Shawn’s voice is a spitfire of raw emotion written like a rough southern apologue. One verse and you will be hooked.

In support of their latest studio album,  Barefoot In The Head, The Chris Robinson Brotherhood is back on tour with funky-psychedelic rock, rhythm and blues. Have a glass or two of bourbon before you hit the stage, kick off your shoes and get ready to dance and boogie down.

If Adele and Grace Potter had a baby girl, she would be named ZZ Ward. Fresh off the release of her second album, The Storm, ZZ Ward fuses together blues, rock with a sprinkle of R&B. 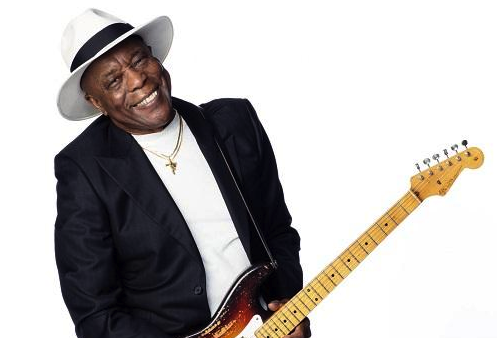 What do Jimi Hendrix, Eric Clapton, Jimmy Page, Keith Richards and Stevie Ray Vaughan all have in common?  Aside from being rock and roll Gods, they were all musically-influenced by the unmistakable sound of the Father of Chicago Blues, Buddy Guy.  Ranked 30th on the Rolling Stone’s 100 Greatest Guitarists of All Time, don’t miss your chance to see this living legend share his iconic American Blues sound.

This thirty minute crash course, hosted by Fred Minnick, Bourbon Author and Authority, along with Joe Beatrice and Tripp Stimson of Barrell Craft Spirits, will awaken all your senses and revolutionize the way you think of bourbon. Join these bourbon experts as they guide you through a tasting of several bourbon batches and tap into your stream of consciousness and reconstruct the art of bourbon. 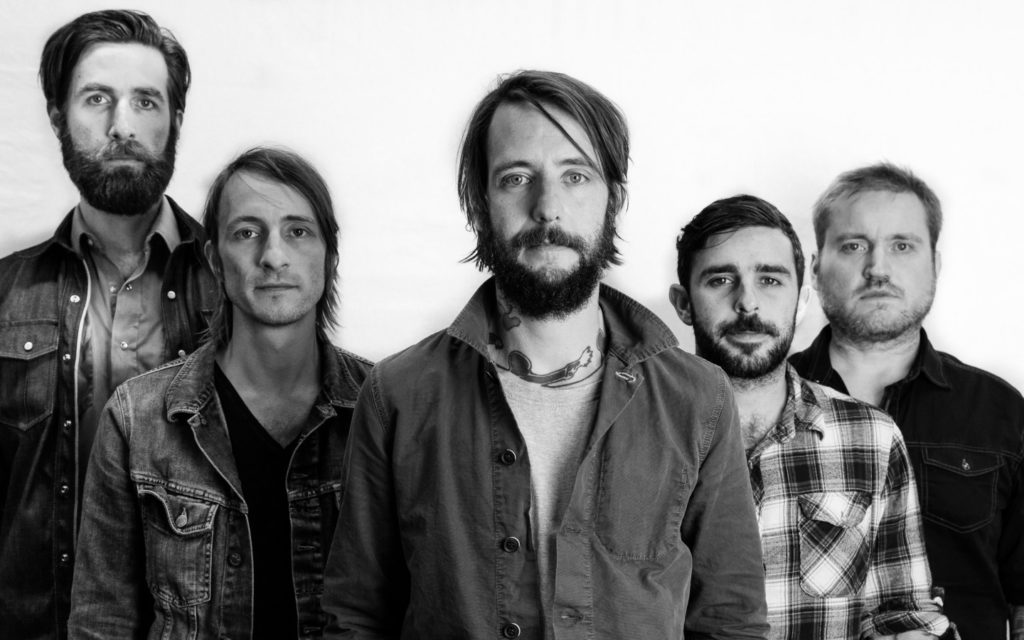 Band of Horses is an American rock band formed in 2004 in the Pacific Northwest City of Seattle by founding member, Ben Bridwell. The 5-piece band (oft-rotating members) has released five studio albums, the most successful of which is 2010’s Grammy-nominated, Infinite Arms.  These Indie-Rock darlings will be bringing their unique sound comprised of folk-riffs, synths and woodsy vocals to the festival grounds; best enjoyed with a neat bourbon in your right hand.

Curated by Kentucky’s own, Chef Edward Lee, the culmination of Louisville’s best eats are certain to activate your salivary glands.  We recommend hitting up Baxter’s 942, Mike’s Kentucky Kitchen and Island Noodles. Vegetarian, Vegan and Gluten Free Options will be available.

The Pearl Jam frontman and Golden Globe Winner for Best Original Song “Guaranteed,” is taking the stage for a limited performance. Singer, songwriter, guitarist, and ukuleleist, Vedder is the epitome of grunge and rock. With his distinct and riveting baritone vocals, he has been a face and voice for the generations. Both Vedder and Pearl Jam have exemplified the passion of the people through heartfelt lyrics and powerful, melodic chords. Our advice? Get there early to ride the rail.

No matter the city nor the local classic rock station, Steve Miller Band’s rock ballads have been forcing windows down and having drivers crank the volume up to 11 for decades.  A staple of every music lover’s discography, Steve Miller Band has been capturing hearts with their unique sound of Southern California vibes and Chicago blues since 1966. With hits like, “Jet Airliner”, “Fly Like an Eagle”, “Rock’n Me” and “Take the Money and Run”, we can’t think of a better way to conclude night 1 then by singing along and dancing with friends and family.  Best enjoyed with a cold beer in your left hand.

Rise and shine, its chicken time. Join celebrity chef, Carla Hall, and a local gospel choir as you chow down on chicken any way you want it. Fried, hot, dealer’s choice. Paired with all the fixings and chased down with bottomless bubbles, bourbon and Angry Orchard Cider. Tickets are required at $85 per person and can be purchased here. 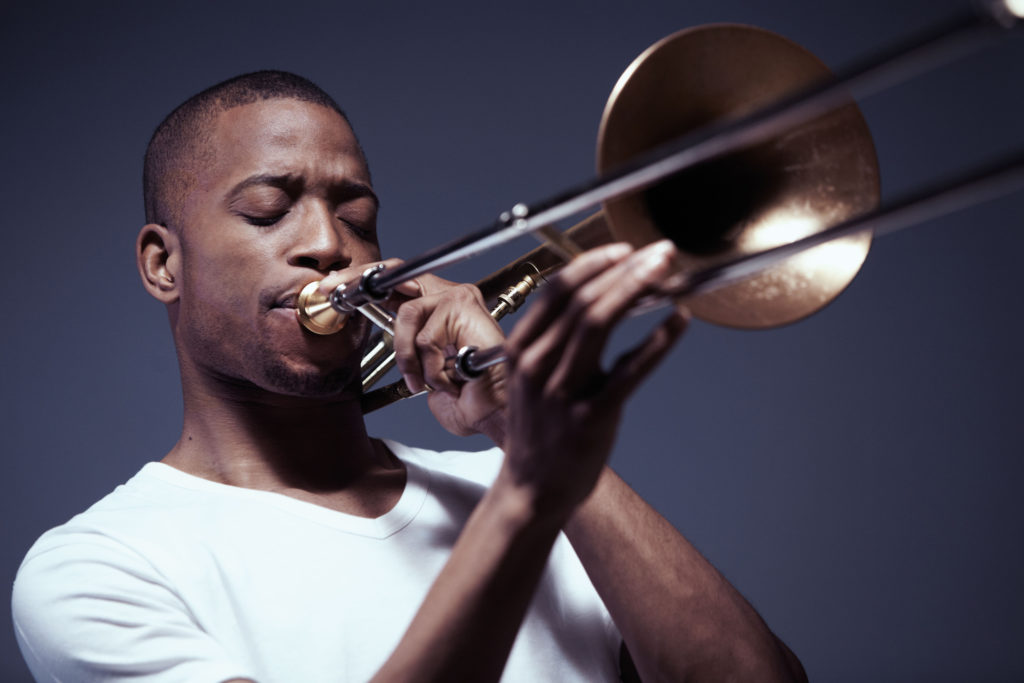 Can you remember what you were doing when you were 4 years old?  Perhaps you were playing with tonka trucks in the sandbox?  Or rummaging through the crayola box to try and find the magenta crayon?  Well Troy Andrews remembers- he was on stage in New Orleans performing with Bo Diddley when his musical career began.  Born and bred in New Orleans, LA, Troy Andrews, AKA Trombone Shorty is set to transform Louisville, KY into Bourbon Street during Mardi Gras with his signature brass and percussion sounds.  In his young career, Shorty has collaborated with superstars such as Eric Clapton, Dave Matthews, Lenny Kravitz and Jeff Beck.  Pack your dancing shoes.  You won’t want to miss this!

Join host Kevin “The Barrel Man” Sanders of  Brown-Forman as he discusses the transformation of spirits through the barrel. Learn how toasting, charring, and double-oaking play a role in the bourbon drinking experience. 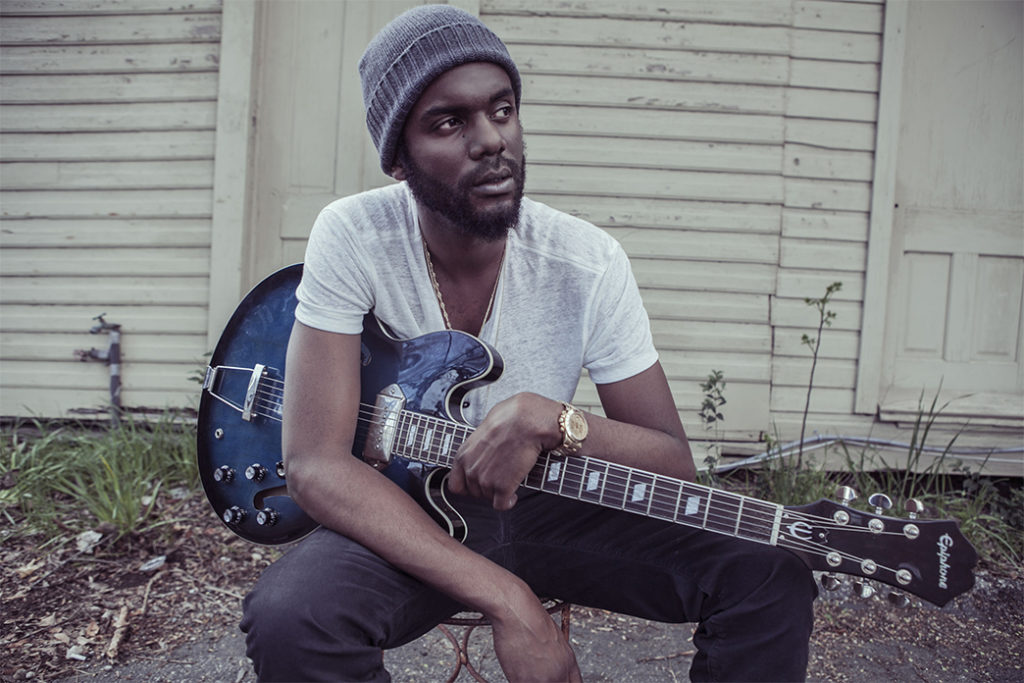 You’d be hard pressed to find a modern artist as gifted with the 6 string as Gary Clark Jr. Otherwise known as, “The Chosen One,” Clark burst onto the scene in 2012 with his major label debut Blak and Blu. Clark is no stranger to the big stage; having performed at numerous music festivals, he has shared the stage with major icons including Eric Clapton, B.B.King, The Rolling Stones, Jimmy Vaughan, John Mayer and Sheryl Crow. This Austin, TX native is living proof that the blues will never die with his distinct and addicting sound-blend of rock, blues and hip hop. There’s a reason why they call him the love-child of Lenny Kravitz and Jimi Hendrix.

If you didn’t get a chance yesterday to check out Chef Edward Lee’s curated list of restaurants, it’s your last chance.

Bow down to The Queen of Rock n’ Roll as she closes out Bourbon & Beyond. Best known and recognized for her career with Fleetwood Mac, Nicks is no stranger to the stage.  Hailed one of the “top 100 Greatest Singers of All Time” by Rolling Stone, Nicks has a distinct and unique voice that is uncanny. With numerous chart-topping solo songs, Grammy Award nominations and an inductee of the Rock and Roll Hall of Fame, she has played a major player and commander for fashion and music. A perfect way to end the evening to what’s to be an incredible festival.

Tickets are still available and can be purchased here. To review the full lineup of performances, workshops and tastings, visit:http://bourbonandbeyond.com/schedule/#