Cult director Joe Dante walked the red carpet at the Turner Classic Movie Festival this past weekend and put to rest rampant rumors of a Gremlins reboot that had been showing up on the Internet recently.

“I know nothing. They tell me nothing. Sooner or later there will be one,” he told Press Pass LA in an exclusive interview. 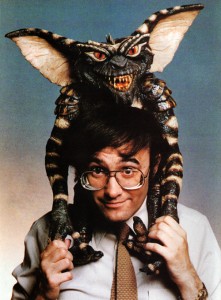 The original Gremlins, which came out in 1984, quickly became a fan favorite and even spawned a sequel a few years later. The recent resurgence of the rumor is no doubt due to the rise of the kind of motion capture animation that could bring the creatures to life in a whole new way. One can’t blame the fans for trying. After all, other beloved 80s classics like Top Gun and The Goonies have sequels on the horizon after decades on the back burner.

While this does not totally mean a reboot is out of the question for a studio it would mean that final result wouldn’t involve Dante in any way, which would be a misstep. Not having Dante’s input and approval on a reboot is sure to lose much of Gremlins already established fanbase.