BAFTA’s big night out in Hollywood, TheBritish Academy Britannia Awards, took place last past Friday, October 28th, where Brits and anglophiles celebrated exceptional individuals who have dedicated their careers to advancing the art forms of the moving image in the US, UK and beyond.

The Britannia Awards are BAFTA Los Angeles’ highest accolades, recognizing both outstanding British talent, and exceptional international talent by virtue of their strong connection to the British industry through their body of work. 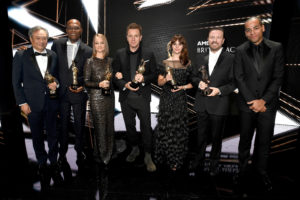