Brooke Evers is one of the hottest Australian DJ exports to venture across the shores to Asia, Europe, and the U.S. After a successful 40-city Summer 2014 tour, Brooke is back kicking off her 2015 North American Tour which started at the Budlight House Super Bowl Party in Arizona. 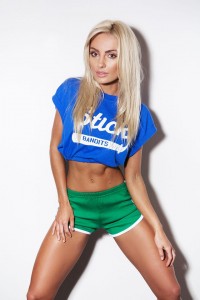 Brooke Evers is a triple threat. She’s smart, beautiful, and talented. More importantly, she owns it!  She holds a bachelor of Journalism and Public Relations and hosts the biggest weekly radio show on the largest network in Australia. As a model, she graced the cover of Zoo Magazine more than any woman in history, and she’s appeared on TV in U.K. reality shows I’m a Celebrity Get Me Out of Here and FOX’s series The Stafford Brothers (see Stafford Brothers, the other hot Aussie DJ exports!) It was a no-brainer when Audio Technica Australia, voted the world’s best studio headphones, named her their brand ambassador.  Back home she holds residencies at The Met in Brisbane, Billboard in Melbourne, and HOME nightclub in Sydney.

Shortly after relocating to the U.S., Brooke signed with SKAM artists. She began headlining club venues across America including becoming a staple at the party capital Las Vegas, regularly playing alongside Lil Jon at Surrender Nightclub. On the decks, Brooke’s unique mixed sounds have made her a household name in the electronic genre.

So…you get it. She’s hot, smart, funny, talented. Well, here’s your chance to say #IPartiedWithBrookeEvers!! She is back on her 2015 tour across the United States, Mexico, and Canada and will have residencies in EDM party cities including Atlantic City, Miami, Las Vegas, Los Angeles and more! But first, we sat down with Brooke to get the scoop on her career goals, why the U.S. draws an “older” crowd, and why Tom Brady is oh so dreamy.

PPLA: You recently kicked off her North American Tour  at the Budlight House Super Bowl Party in Arizona. What was that experience like?

BE: It was mind-blowing! The vibe in the city was so addictive I just wanted to jump up and down with excitement. It’s so great to see masses of people support the game.

PPLA: As an Aussie do you have an American football  favorite? Was it Pats or Seahawks for Super Bowl for you?

BE: Unfortunately for me I didn’t get to see much of the season being in Australia, but If I had to go for a team if would be New England Patriots. That has nothing to do with Tom Brady though……;)

PPLA: You regularly play alongside Lil Jon & at countless hotspots in Vegas. We hear a residency is rumored for 2015…?

BE: Maybe! But you’ll have to wait and see.

PPLA: Why is Vegas such an important city for rising DJs like yourself?

BE: Vegas has always been about the enormous casinos, beautiful restaurants and shopping but now that dance music has taken off in the U.S., VEGAS is where you’ll find all the superstars. Just warming up for these DJs is an honor. I’ve learnt a lot from working with the big guys and it’s really helped build my profile in Vegas and that’s really important.

PPLA: Do you have a top venue or casino there that you prefer to play? 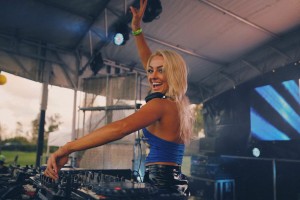 BE: Mostly every venue in Vegas is incredible. I’ve played in alot of different clubs but my favourite would have to be Surrender and Encore Beach Club in the Wynn Casino. Over the summer the parties are just non stop seven days a week. I love it!

PPLA: You are already a household name in AUS with a radio show, TV appearances, and top billings at venues, what do you hope to accomplish here in the U.S.?

BE: A name for myself. I want to focus on rocking every show I do, meet everyone I can, and establish a solid brand here. It’s a tough, male-dominated industry so you have to work hard for it and stay humble.

PPLA: How are the audiences different/the same?

BE: The only real difference in the USA is the bottle service culture. There’s only a small number of venues in Australia that cater for this service e.g.. Marquee, Sydney. This changes the dynamic in the venue as some people don’t just want to be on the dance floor they want to be seen popping bottles in a VIP area. Plus the drinking age in the U.S. is 21, so you get the older crowd.

PPLA: You’ve gained nearly half a million fans on social media in a year, what do you attribute to this large growth?

BE: The biggest thing for me and my brand is connecting to my audience. I make sure I hang out before and after each show to chat to people in the venue. I try and answer most questions across all my social media platforms and I have also developed quirky merchandise to give out for free at shows. So eventually you gain momentum and fans stay connected.

PPLA: What is your favorite thing about being able to communicate directly with your fans?

BE: Everything. Anyone can reach out to you easily via social media and this is great for keeping up to date with what the people want from you. For example, fans send me pictures of themselves wearing my #IPARTIEDWITHBROOKEEVERS tanks. This is awesome cause you know they love them so I print more.

PPLA: Any other DJs you admire or musicians you hope to collaborate with in the near future?

BE: I admire Aussie Sisters- NERVO. They are good friends of mine and pioneers to the dance music industry. From writing pop music to headlining the biggest festivals in the world these two babes have dominated and being female- that rocks! For me I would love to eventually collaborate with a producer out of Holland. My family are all dutch so to me this would be really cool.

PPLA: Biggest collaboration or person you’ve shared the stage with so far? 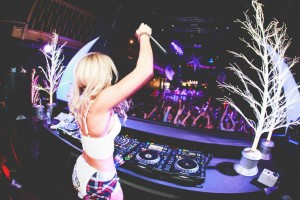 BE: I’ve warmed up for a number of superstars over the last 12 months including Deorro, Lil Jon, Vice but my dream would be to share to stage with someone like Iggy Azalea on the mic.

PPLA: Any dream festivals you wish to play? Coachella? Above & Beyond? Etc?

BE: I want to play at every festival!

Listen to her on Soundcloud.