BRUCE BOXLEITNER RINGS IN THE HOLIDAY SEASON IN SILVER BELLS

Bruce Boxleitner is a phenomenal actor. He has always stepped in to every kind of role, in every kind of story that there is, and in doing so has challenged us to ponder the aspect of a macho character who has sensitivities.

Given the tribal archetypes of male characters that reign the stories we see in the Movie Houses, and on the television set, one would think the brassy, good-lookinʼ actor, known for his television roles in Babylon 5 and Scarecrow and Mrs. King, and to film enthusiasts as the title character in Tron, would be sporting a field day when portraying any role, and at any age; and itʼd be right.

Such scathing talent to give depth to the most extraneous of roles, transcends the average work of the Hollywood actor, and the best actors are, the ones that remain in our minds, but also in our hearts. Bruce Boxleitner touches hearts once more in the new UP TV original movie, Silver Bells, a seasonal show about a manʼs foray in to what the season and all the hope it brings, means.

Itʼs a great role and a touching story, and one that the perky actor takes to heart. And to hear him explain it, and the journey it has been to get there, is like hearing those bells ringing!

So I asked him, “After such a long career, what attracted you to this role?” He charmingly responded, “Well first thing is this is a role that is age appropriate. Itʼs less of a hassle to do roles that are written as older or younger. This is a role that I could play not only with aplomb, but that I could really connect with.” He paused for a moment, tracing thoughts of his varied roles past. “I donʼt like playing the bad guys. These days itʼs great to be good. Iʼm really looking for roles that are relatable to everybody.”

I yearned to hear more. “Is it only the drama you do? What about the genre that made you famous?” He chuckled, “I still love Science Fiction, but itʼs good to relate to everybody to expand the audience. Plus, the Holiday season is an important time to do this.” He adds finally, “At this stage, I want to play real people. No archetypes. The jobs usually come to you through how you work in the present.” 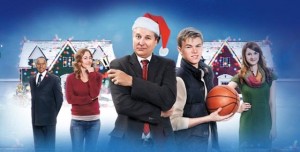 Easy enough for the actor as far as the craft is concerned, but the scheduling as well, as he stated. “[Silver Bells] was shot in two weeks. It was really fast paced, but the crew was wonderful, and the practical sets in Michigan really helped to develop an atmosphere that supported the movie.” Practical sets in Michigan does indeed sound like quite the setting, and thatʼs exactly how I felt. “Itʼs all about going back to what you know best. For me, the setting was very [Frank] Capra-esque. Thereʼs also a story of redemption laced to the characters. It was ultimately the right thing for me to do.”

Such work of art, and self-surrender is hard enough, but thatʼs only half of the work. It takes a lot of work to keep up with networking and fandom this day and age, and Boxleitner is staying on top of it.

“You really have to keep up with all the social networking to keep your footing.” He states, “Iʼm getting a pitch ready for a studio, and even that is a completely different template now. Back when I first started, you walked in to an office and handed the Executives a script, and it went from there. Now itʼs more about understanding and participating in the networking to get a grip on what it is people want to see. My aim is to produce, but with the approach and the process being as different as it is now, itʼs harder to tell how anyone will feel.”

Well we certainly wish him the best of luck in this respect, and in the respect of and for the rest of the cast and crew of Silver Bells which made itʼs TV debut on December 1st, and will feature encore showings this week and next.

One final thing that should have been addressed by someone who has accomplished so much, would be what he considers his favorite role. Laughing, he divulges, “That would be a draw between the mini-series of How the West was Won, his titular role of Scarecrow [and Mrs. King], and Babylon 5. Tron was wonderful, but I got to express more range in these other roles. Katie [Jackson, ʻScarecrowʼ co-star] was such a wonderful comedienne, and was so creative and professional, and we got to experiment, and in the end, we came up with great chemistry. It was such an enriching experience.”

And it is as enriching to all who have the privilege of seeing him, as it is to himself. Television is hard work, he mentioned more than a few times, but in the end, it looks like they made it happen with Silver Bells, but it certainly holds potency as yet unyielded by the rest of the genre television movies, with the presence of Bruce Boxleitner, and we definitely look forward to whatʼs next from him.

Watch the trailer for Silver Bells.

Encore showings on UP TV:

Wednesday, December 25
“Silver Bells” at 12a